Need a new phone for cheap? How about two new phones for cheap? The Moto G6 could be a great candidate for either your primary phone or your side carry and we've got a couple of deals on right now with the 64GB version at its lowest price yet on Amazon and a free 32GB unit if you buy another phone direct from Motorola.

If you're thinking that the G6 is yesteryear's mid-range phone, you bet your face it is — and it's a great budget phone this year. You've got TurboPower USB-C charging, a headphone jack, a half-decent 2:1 display, and a Snapdragon 450. In some regions, you're looking at a clone of this year's Moto E6 (at least in some regions), but the G6 just packages everything together... better. It's a very handy device, too, because you can take it to any carrier working off of the four major carriers. Yep, CDMA ones, too. 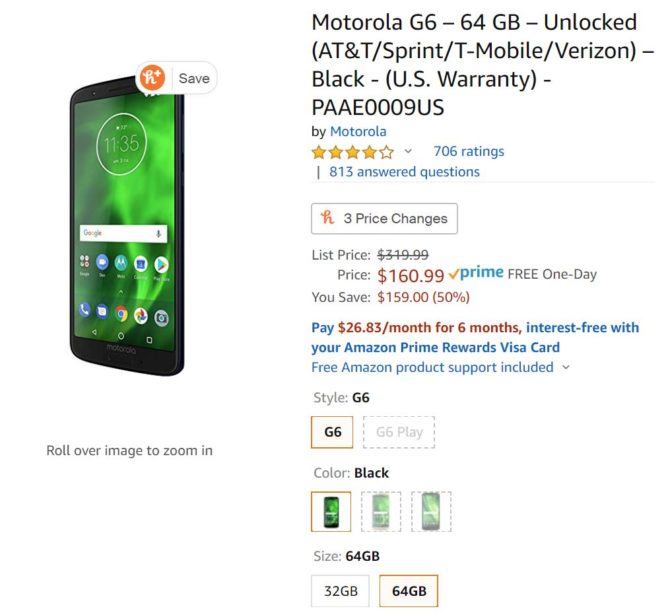 We're happy to say that Amazon is selling the 64GB variant at its best price yet: $161, down from $224 in recent days and down from $200, its lowest on record. And this isn't the Prime Exclusive Alexa-integrated version: this thing is unadorned in the software department and will be available at this price until further notice. 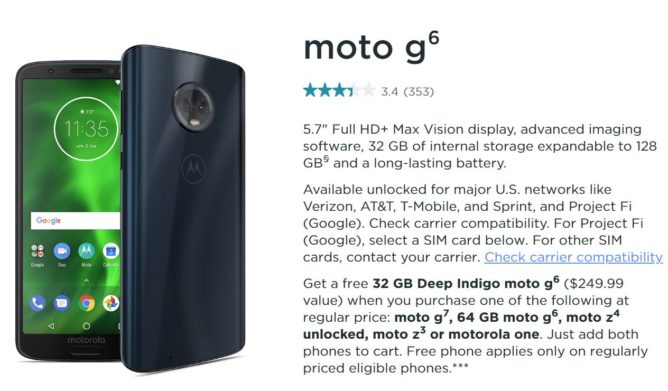 Motorola.com has also been offering a free 32GB Indigo Moto G6 if you also buy any of the following: