The universal truth about Google's messaging efforts is that they're all over the place. However, its video calling app Duo has seen more growth and praise, which is likely why the team behind it is forging on with quirkier additions to the service. The app already lets you record and send video and audio messages to your contacts, and now you'll also be able to share self-destructing photos with them.

The ability to share a photo (or screenshot or any locally-saved image) with Duo is new and has showed up with version 56 of app. Open the gallery on your phone, select one photo, and you'll find Duo among the Share targets. 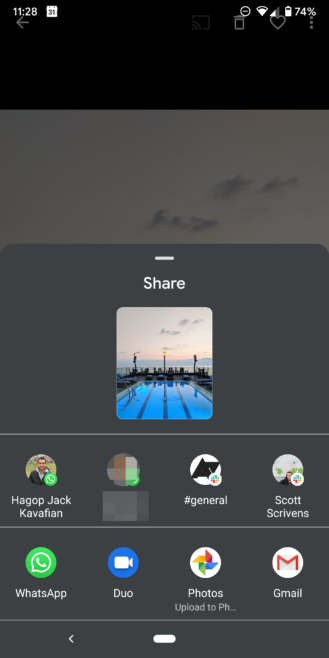 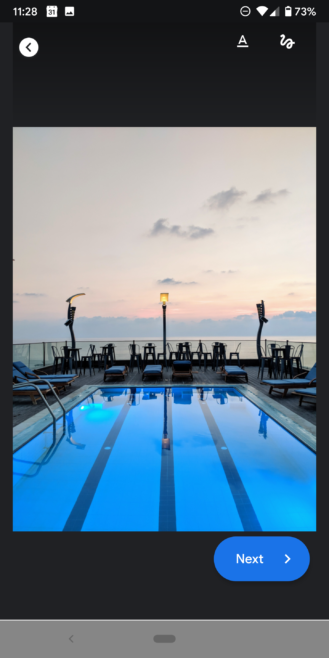 Tap on it and you'll be taken to an editing interface where you can add text or scribble in multiple colors before approving the final result. 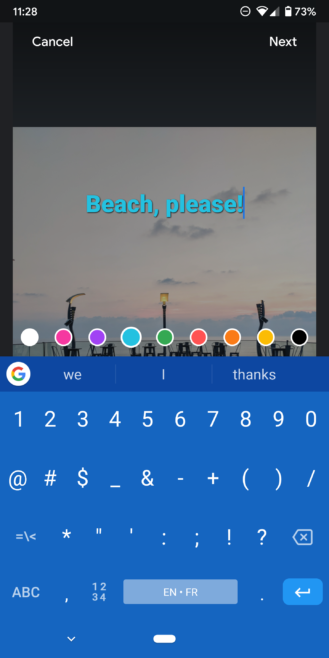 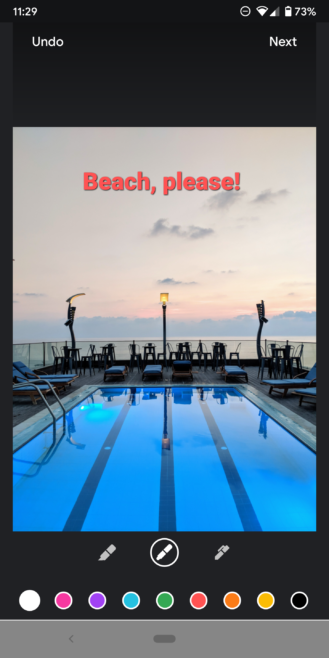 Duo will then surface your list of contacts with the favorite ones on top. You can select up to five of them and send the image. It will show up in each contact's screen as a square thumbnail in the middle, with the delivery status, time, and hours left until it expires clearly marked. 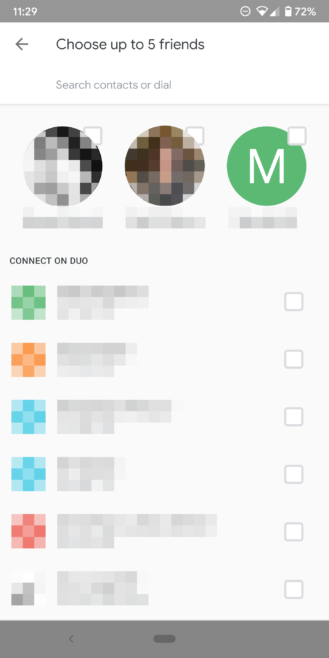 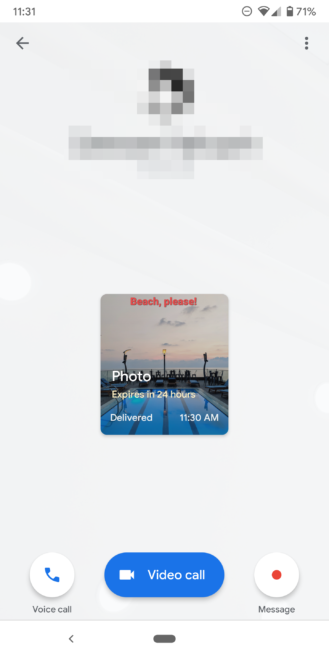 You can open the image on your end to see it again, save it locally on your device (with the edits you made), or delete it. However, the latter doesn't seem to remove the photo on the recipient's end — at least not in my testing — so you better be careful what you send and to whom. 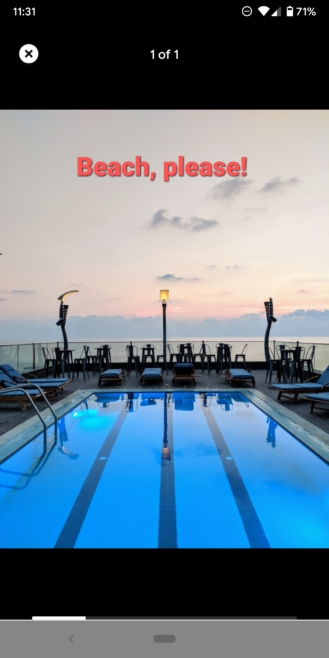 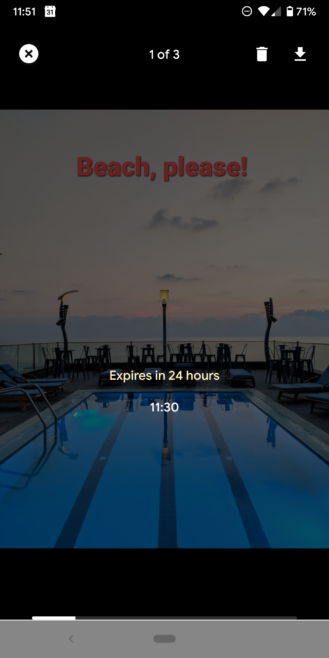 Even though you can't batch send multiple photos, you can share them one by one with the same contact. Their thumbnails will be displayed in a scrolling carousel with the most recent at the left. You can also tap and hold on each one to get the same save and delete options as when you open them. 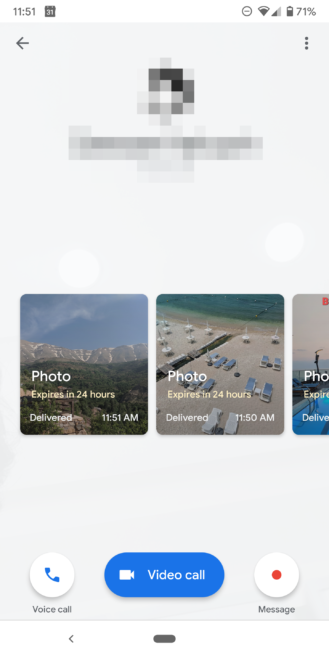 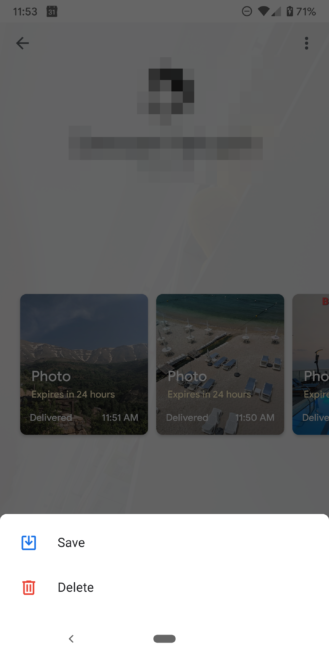 On the recipient's end, they'll get a notification from Duo that you shared a photo with them and they'll see the same thumbnail and expiry date as you. They can also tap to expand the image, then either reply immediately with a video message or call you.

The function does seem bare-bones for now though. You can't share a locally-stored video or batch send photos, it only works with one image at a time. Duo doesn't have an internal image selector either, so the only way to share a pic with someone is through the photo gallery app on your phone. And finally, recipients can't reply with an image of their own, only videos or calls. I also find the deletion feature confusing as it didn't remove the pic I sent from my friend's phone, only mine. That should be made clearer for users.

If you want to give this a go, make sure you're on the latest Duo version 56, which has been rolling out on the Play Store over the past few days.

Duo has finally added the option to send images directly from the app. You'll find the gallery button at the bottom right of any message-recording screen, and all you have to do is tap it to find and send local images to your Duo contacts. 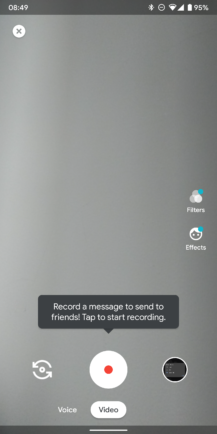 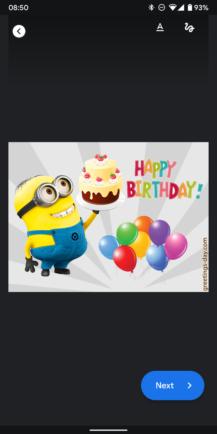 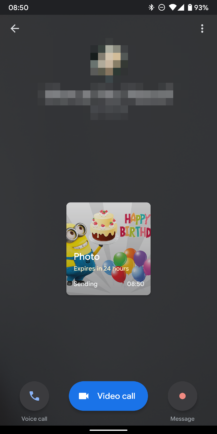