Using more than one screen at a time can be great for several reasons: enhanced productivity, better multitasking, easier cutting and pasting, simpler image and video editing — you get the point. Starting today, the developers at Duet has added support for Android devices to turn into secondary displays for your Mac or PC with the latest version of its Duet Display app.

Duet Display first launched for only iOS devices back in 2014 and it allowed iPhones and iPads to turn into an extra display for a Mac or PC. Starting today, support for all Android phones, tablets, and Chromebooks running on Android 7.1+ has been added. Compared to other second-display solutions, Duet claims its solution stands above due to its wide-ranging cross-platform support, use of 256-bit encryption, monthly updates, and lag-free performance. 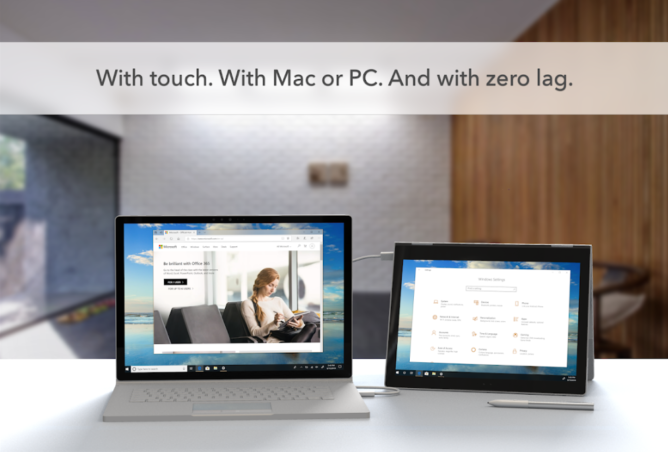 To start using your Android device as a second screen, first install the Duet Display app from the Play Store. It's currently 50% off at $9.99. You'll also need to download the Mac or PC desktop companion app, which is free. Mac users will need to be running Mac OS 10.14 or later and Windows users will have to be on Windows 10. You then connect your Android device to your computer via either a USB Type C cable or via wireless. Unfortunately, a microUSB connection does not seem to be supported.

At the end of the introductory price period, Duet Display will cost $20. Hurry over to the Play Store to claim the special price and start using your Android Device as an extra screen. Save up to 36% on a new Acer Chromebook at Amazon