According to XDA-Developers, who combed through the Shield Experience 8.0 that rolled out to existing units this week, there are mentions of both "sif" and "mdarcy" alongside "foster" (2015 model), "darcy" (2017 model) in various strings and bits of code. This indicates there are two new Shield TVs in the works, not one.

The current theory is that "mdarcy" is just an upgraded version of the 2017 Shield. The reasoning is that it has a similar product name and runs an upgraded t210b01 Tegra X1 chip according to kernel source code (the same updated chip that's found in the Nintendo Switch Light and newer Switch units). Plus, the existing Shield's FCC filing has been updated, suggesting a minor refresh might be on the way.

That means "sif" is the proper new Shield TV that was spotted in the recent FCC filing. According to code in the Experience 8.0 update, "sif" won't have a TV Tuner or USB port, though it keeps the SD card reader and also runs the t210b01 Tegra X1 processor. The label placement in the FCC documentation for this Shield compared to the existing model, as well as the potential for an internal power supply, which we discussed earlier, lead us to think this new model may actually have a dongle-like form factor, or at least a smaller and more streamlined one. 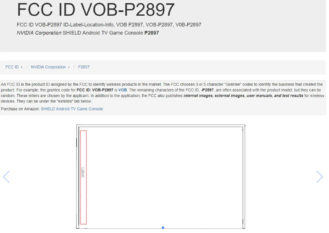 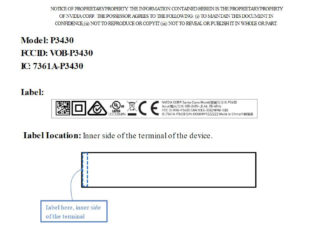 We still don't know when NVIDIA plans to announce its new hardware, but we'll be keeping an eye and will let you know once we have more details.

The new Shield has been certified by the Bluetooth SIG. It carries the same product name found on the FCC filing, P3430, and has Bluetooth 5.0.