Back in May, we reported on a possible feature coming to Pixel phones with Android 10: automatic car crash detection. Little was known about it at that early stage, but we reasoned it could offer to contact first responders and pre-defined emergency contacts in case of an accident. XDA Developers' Mishaal Rahman has received an update to the Emergency Information app on his Pixel 2 XL and noticed it has been renamed "Personal Safety." A description on the Play Store along with some screenshots outlines that the app will be responsible for car crash detection and automatic 911 calling. 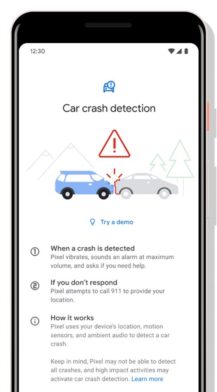 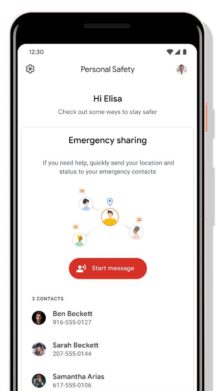 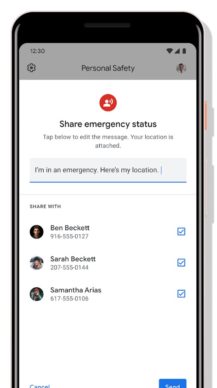 It's likely this feature will roll out with the Pixel 4, and it'll probably be exclusive to the US, at least to begin with. When a crash is detected, the phone will vibrate and play an alarm at maximum volume, asking you if you need help. If you don't respond, the app will automatically call 911 to provide first responders with your location. It will use a combination of your location, motion sensors, and ambient audio for detection. 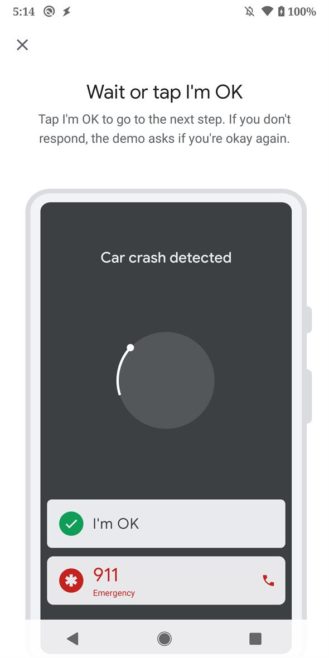 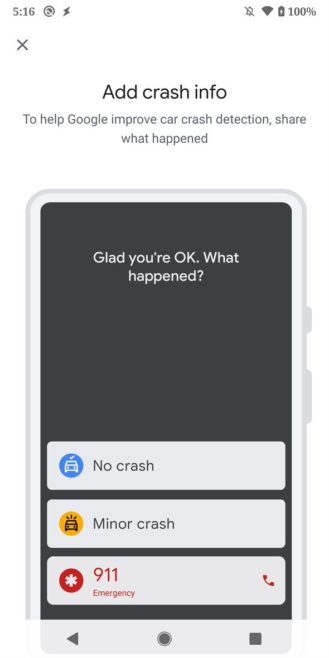 A disclaimer warns that there might be false positives and false negatives — if you're a rally driver, for example, you'll probably want to deactivate this feature. It's still unknown if the Pixel 4 will automatically recognize accidents when your phone isn't in active use, or if you'll need to have Android Auto or other navigation features open at the time of the crash. 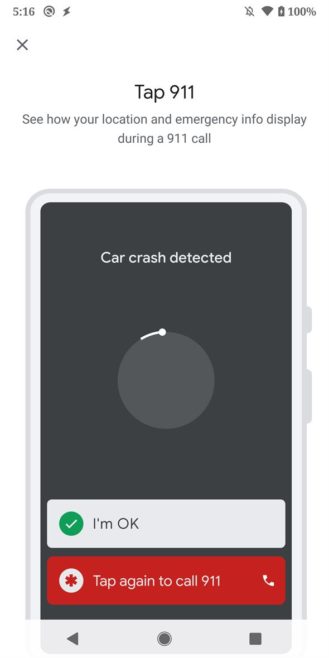 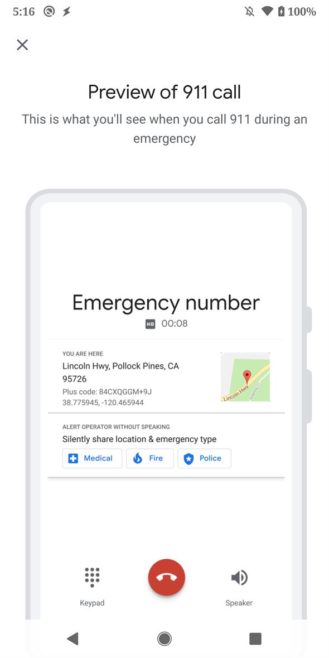 The Play Store description for the app reads:

Personal Safety is an app for Pixel phones that helps you stay safe and connected to first responders and your emergency contacts.

Along with car crash detection, you can also add medical information and choose emergency contacts to the app, just as before. The ability to quickly send a custom message to your pre-defined contacts with your location automatically attached is new, however.

It's unclear whether the app will roll out to older Pixel devices. While XDA Developer's Mishaal Rahman received the update on his Pixel 2XL, he says he tampered with the device to test a couple of Pixel 4 features, so the Play Store might wrongly believe his phone is actually the latest Google phone. We've been able to see the listing with a Pixel 3, but it's currently incompatible with our device. Google could be planning to talk about the upgraded app during the Pixel 4 event on October 15, if not before, so we should find out more soon.

We've got the APK for the updated version of the Personal Safety app available for your downloading pleasure over on APK Mirror, but sadly the car crash detection functionality isn't live for us. One of our tipsters who previously saw it on his device reports that the option is now missing for him, so it may have been disabled.

The option was previously present here, but our tipster reports it is now gone.

The rest of the redesign is present, though, so you can still check out the new onboarding process and overall refreshed look in the new Personal Safety app, though it may not be very simple to check out. In my case, it was a pain trying to access it, as it wasn't showing up in settings immediately after updating. Some have reported seeing a "Safety" app in the app drawer after updating, but it wasn't present on my device. For me, tapping the "Emergency information" button in the "Emergency" menu of the lockscreen was able to take me to the section of settings that linked to the Personal Safety app, and which didn't otherwise appear for me.

Sadly, the "Demos" section of the app doesn't load any videos, either. We'll probably have to wait for Google to tell us more about the 911 crash detection feature in its own time. That, or wait a couple hours for the next Pixel 4 leak.