When he reviewed Fossil's Wear 3100-powered Sport smartwatch in December, Corbin called it "the best Wear OS has to offer." It's got a lot going for it, like always-on heart rate monitoring, Google Pay compatibility, and a sleek design. If that speaks to you, now's a great time to pick one up — both the men's and women's variants are deeply discounted on Amazon. 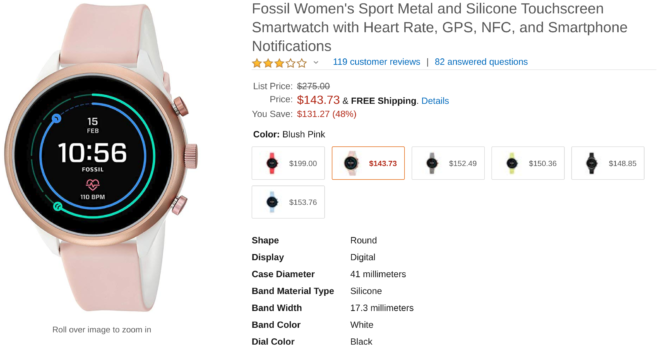 (The women's hot coral color is $199, too, but that's not a recent development.)

Fossil's fifth-generation smartwatches are, obviously, better than the fourth generation, but in light of this deal, they're also a hair shy of twice the price. You're missing out on some RAM and some storage, but for so much money off, it's likely worth it. Head over to Amazon to grab one.