Levi's and Google are partnering once again to deliver two new jackets with Google's touch-sensitive Jacquard technology built-in. With these products, Google and Levi's are preparing to bring Jacquard to a wider audience. The first collaboration between the two companies resulted in the Commuter Trucker Jacket, which launched in 2017 for $350. Thankfully, these new jackets are significantly cheaper, with the standard version starting at $198. While the Commuter Jacket was an entirely new product, these new Jacquard-equipped jackets are based on Levi's classic trucker jacket. 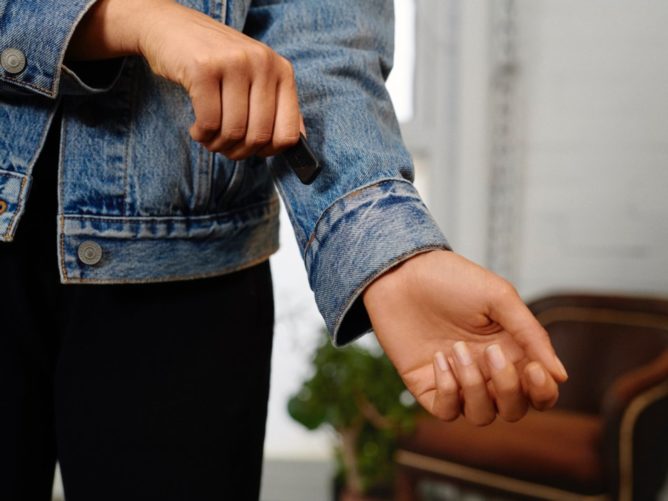 They also utilize a smaller, less noticeable version of the required Jacquard Tag. This SD card-sized module is inserted into the jacket's cuff and connects to the user's phone using Bluetooth. This tag enables gesture-based control of functions such as media playback, phone calls, and navigation. Users can also customize which actions a given swipe or tap will trigger with the accompanying Jacquard app. The durability of the fabric has also been improved in this latest iteration. This is a welcome change as the first jacket to include Jacquard's touch-sensitive fabric was only approved to be washed up to ten times.