Just like the Pixel 3 last year, the Pixel 4 has already been leaked into oblivion, so we have a clear picture of the device's hardware and software more than two weeks prior to the official unveiling. And just like the Pixel 3, the Pixel 4 comes with a collection of live wallpapers that are unfortunately only functional on the new phone itself. XDA Developers forum member Pranav Pandey took it upon himself to port these backdrops so you can install them on any ARM 64 device running Android 7 or higher.

The new wallpapers won't fully work on every device. For one, they're only functional on Snapdragon processors, so phones with Exynos or Kirin chipsets are left in the cold; older or weaker Qualcomm-equipped devices might also experience lag. For another, the developer had to disable Ambient Display support on Android 10 to make the app compatible with older phones, but he is considering publishing an extra APK for the latest OS version with this capability. 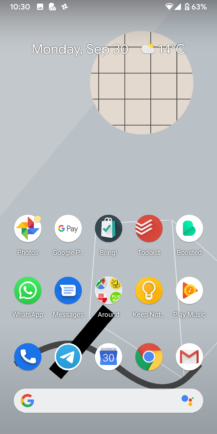 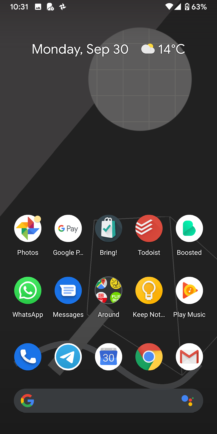 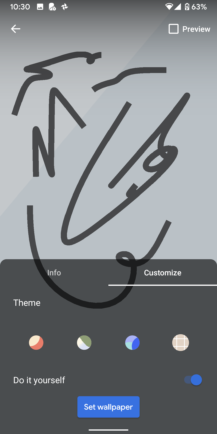 Left & Middle: System-wide dark mode support on Android 10. Right: Custom doodles and different themes for one of the wallpapers.

With these limitations in mind, the wallpaper port mostly works on my Pixel 3. There are some minor annoyances like dark mode not being recognized by every backdrop, but most of them are able to automatically adjust to the system theme on Android 10. The Doodles wallpaper even allows you to set up different themes and create your own doodles, giving you an essentially unlimited amount of variation. The Compass theme works exceptionally well, too, with a needle pointing north. Keep in mind that live wallpapers might drain your battery considerably faster than static ones, though.

To check out the wallpapers, download Pixel Wallpapers 19 from APK Mirror and be sure to check out Pranav Pandey's post over at XDA Developers with further details on supported devices and features.

Upcoming Google Nest Wifi shows up at the FCC