As much as I like to credit to HMD Global for giving Motorola some desperately-needed competition here in America, some of the company's latest phones have been... problematic. The Nokia 4.2 suffers from performance issues, the 9 PureView had a buggy camera and fingerprint sensor, and last year's Nokia 7.1 has a handful of hardware and software problems.

The newest device in Nokia's lineup is the 7.2, a mid-range device priced at $350 in the United States and €299 in Europe. It has a similar design to last year's 7.1 (gotta love the notch-and-chin combo) with the same price, but the hardware has received a minor refresh, and there's an all-new camera setup.

At a glance, the Nokia 7.2 looks just like most other recent budget devices. There's a large notch at the top and bezel at the bottom. In true Motorola fashion, Nokia has slapped its logo on the bottom bezel, just so you don't forget who made the phone you're using. At least the chin is smaller than the one on last year's Nokia 7.1. 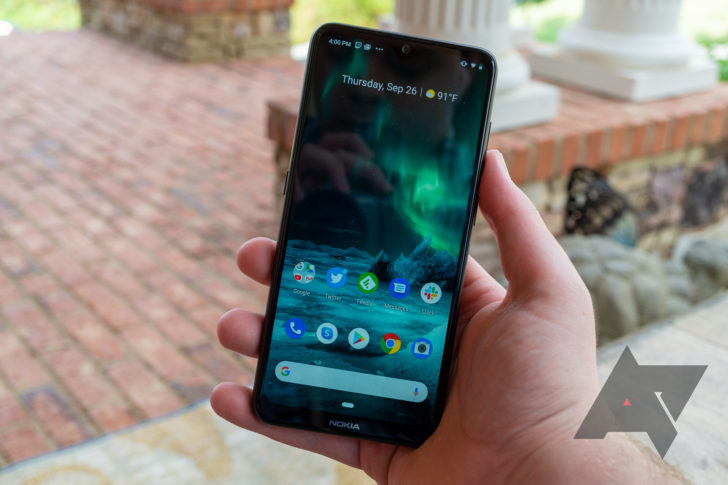 The screen is a large 6.3-inch 19.5:9 1080x2280 IPS LCD panel, with support for HDR. It looks nice for the most part, but there is inconsistent back-lighting on the top edge of the screen, especially around the notch. Ryan noted this as a problem when he reviewed last year's Nokia 7.1, and other HMD-made Nokia devices suffer from similar issues. 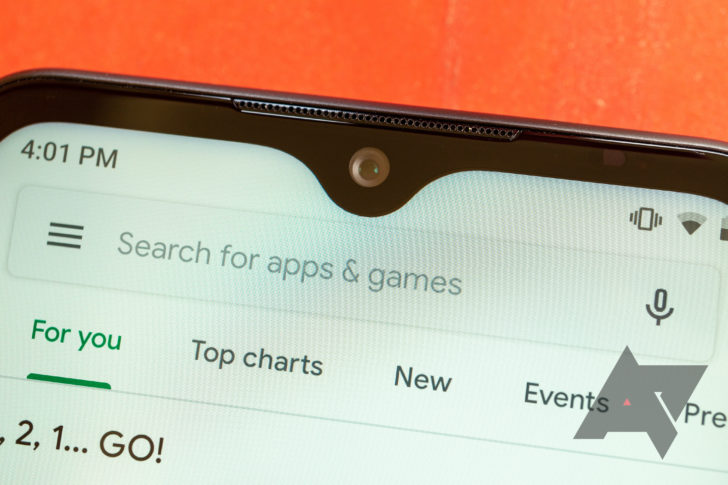 The backlight effect is hard to capture on camera.

The bottom of the phone has a USB Type-C port and a single speaker. Don't worry, the headphone jack isn't gone, it's just on the top side. The right side has a volume rocker and the power button. Much like the Nokia 4.2, the Nokia 7.2 has a power button with an LED indicator that blinks when notifications come in. It's neat, but not super helpful.

The left side has the SIM card slot and the Google Assistant button. Several of Nokia's phones (and devices from other OEMs) already have a dedicated Assistant hardware button, and while it's nice to have, it feels like a missed opportunity to have a customizable button. Why not let me open the browser or start a call in a single press? 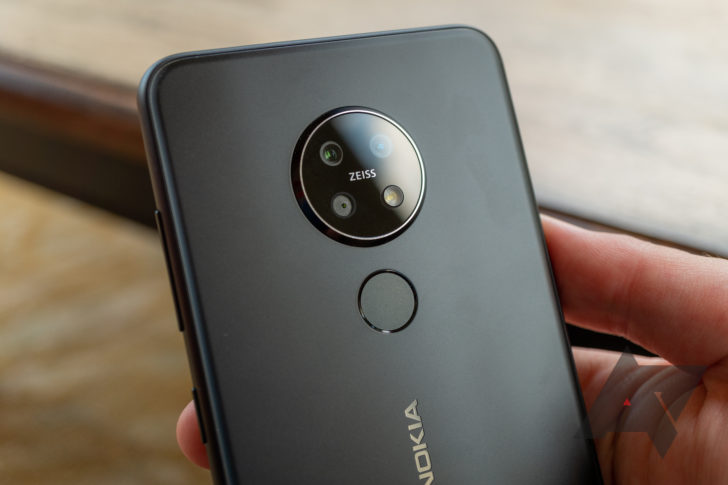 One of the main selling points of the Nokia 7.2 is the camera array. There's a 48MP main lens, a 5MP depth-sensing camera, and an 8MP wide-angle lens. I'll get to the actual results later, but I wish the camera bump wasn't so huge.

The hardware inside is about what you would expect for a mid-range phone in 2019, but HMD Global has opted to use the Snapdragon 660 system-on-a-chip, which is now over two years old. It's paired with 4GB of RAM, 128GB of storage, and a beefy 3,500mAh battery. 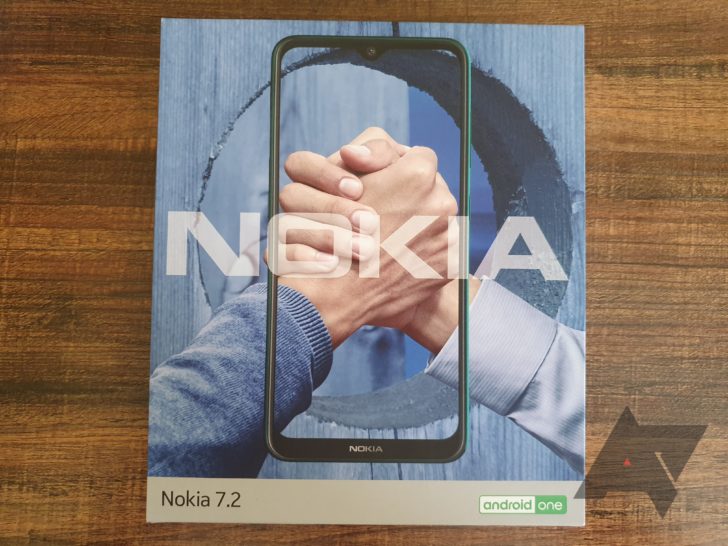 In the box, you get the phone, a wall charger, a USB cable, and a pair of 3.5mm wired earbuds. Standard stuff.

Like all other Nokia phones, the Nokia 7.2 is an Android One device, meaning it's more or less stock Android. There's no bloatware, no carrier-installed apps, no weird battery management tweaks with unintended consequences (at least, not anymore), and so on. You get unmodified Android with all the Google apps, and that's it.

I didn't find performance to be much of an issue on the Nokia 7.2. This is a budget phone with a mid-range SoC, so it's going to be slower than every flagship from the past year or two, but most apps still open quickly, and multi-tasking works well. I thankfully didn't experience any of the excessive laggy behavior or freezes that have plagued other recent Nokia devices, except for a single freeze that I noticed a few days after setting up the phone.

The one aspect of the software I didn't like was the face unlock — it didn't work unless I was facing the front camera completely straight-on, and even then, it always took a few seconds to register. Thank goodness there's still a fingerprint sensor.

Battery life is definitely one of this phone's high points. I ended most days with 50-60% remaining, usually after a combination of checking social media, responding to emails, and a little bit of YouTube and Hulu. Unless you use your phone all the time, or you play lots of games, the Nokia 7.2 should make it through two days without a problem.

The cameras on the Nokia 7.2 are decent, and images usually have plenty of detail. However, many photos come out over-saturated ,with colors far more vivid than they are in real life. The phone also struggles in low light, and while the night mode does help, it has a tendency to make the saturation even worse. This is still better than many other phones in this price range, but when the Nokia 7.2's MSRP is within spitting distance of the Pixel 3a, it makes the mediocre camera harder to swallow.

Yes, if you can't afford a Pixel 3a. Nokia got a lot of things right with the 7.2 — the phone is lightweight, the large screen is nice, performance is good, and the no-frills Android One software experience never gets old. However, the Nokia 7.2 is only $50 less than the Google Pixel 3a in the United States The price difference is more substantial in other countries, like India (where the 7.2 is ~$263 and the 3a is ~$424), but the 7.2 will be a hard sell in America until it goes on sale.

Compared to the Nokia 7.2, the Pixel 3a has a better camera, faster updates, and a (slightly) better processor. There are a few areas where the 7.2 comes out ahead of the base 3a, like its extra wide-angle lens and more internal storage, but I don't think those would be incredibly important to most people. The Pixel 3a also works on all US carriers, while the 7.2 isn't compatible with Verizon or Sprint. 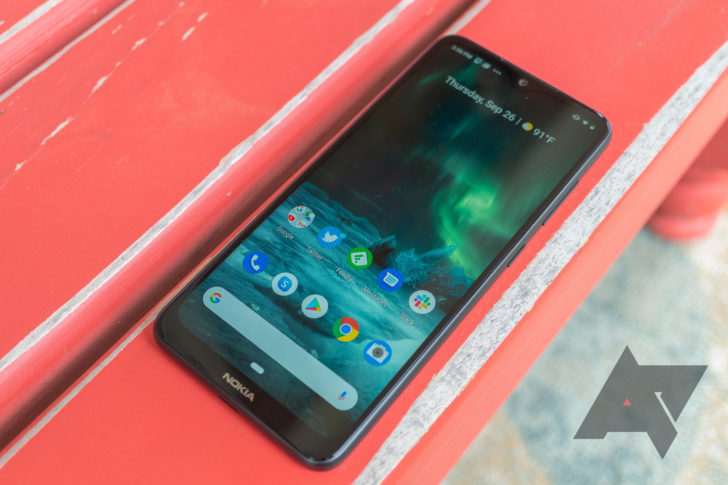 The Nokia 7.2 is a good phone in its own right, and I'm always happy to see more options for mid-range devices in the United States, especially since the only other major player here is Motorola. However, if the Pixel 3a's price where you live is fairly close to the Nokia 7.2's cost, I think you'll be happier with the Pixel.