It's been more than a month since Google opened up account migration for Nest users, letting them switch their subscriptions and logins to Google. That migration was marred with several asterisks including broken Works With Nest integrations and the inability to go back once the login was changed. One other bad surprise that Nest owners only discovered after the fact is the lack of support for Android TV and Apple TV, and that has yet to be fixed.

The loss of TV functionality on Android and Apple's platforms wasn't clearly mentioned in Google's account migration announcement. If the Works With Nest limitation was well known, the TV app support issue wasn't. Even in Google's support document, it occupies a single line among a sea of text and could easily be missed by anyone reading the document. So those who started the migration in good faith found themselves with a broken app that can't get past the login screen.

On Android TV, there is a bit of a workaround. You can ask Assistant to show a specific camera on your TV, however that only works for one cam at a time and is a simple livestream. The full Nest app supports way more features, including the ability to view four cameras at a time (and cycle to show more if needed) and to go through the timeline and play past recordings and events. 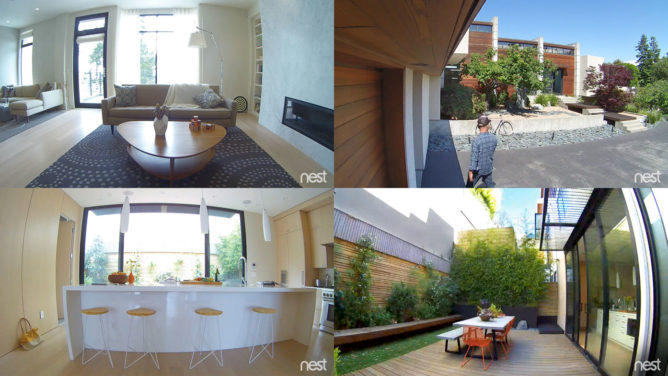 The 2x2 grid is a feature of Nest's TV apps.

Apple TV users aren't as lucky. Not even the meager stop-gap solution exists, so all they can do is twiddle their thumbs and hope for Google to update the Nest app for the platform to allow for Google logins. The timeline for the solution isn't known, and anyone who has reached out to Google or Nest support has been told the team is aware of this issue.

Understandably, users are complaining. Some people had bought multiple Nest cameras for thousands of dollars to use a security system and relied on the TV apps to display and monitor them. Others were using a single cam as a baby monitor. No matter the number of cams or the use case, it's just frustrating that a functionality like this can be broken without a bigger warning.

What I find even more misleading is Nest's support documents for Android TV and Apple TV. The two pages start with:

Even though it clearly mentions the app works for those who did not migrate, the first thing it does is point people to how to migrate... knowing fully well that everything written on the page after that sentence won't be available if they do. And anyone reading this sentence in a haste might miss the "not" and think they have to migrate to get it to work. It's all unnecessarily confusing and deceptive.

If you haven't migrated yet and use the Nest app on your TV, I recommend you hold off until we know for sure that the apps have been updated to support Google logins.

Xfinity Remote DVR is back after two-year legal dispute

[Update: Two weeks later] The Nest Hub Max is the best smart display, but not the best security ...