Chrome OS has been on a collision course with Android for quite some time. Adding onto previous additions, like Android’s media controls and Google Play Store support, Chrome OS 77 is bringing even more Android love to the big screen. This time, we're getting widespread Google Assistant support, Family Link bonus time, even better on-device media management, and accessibility upgrades.

We got word last week that widespread Google Assistant support was bound for Chrome OS, and now we have official confirmation from Google. All Chromebooks running Chrome OS 77 will be able to invoke Google Assistant to answer queries and help out with various tasks, like adding calendar events and setting reminders.

There's nothing worse than being bombarded with audio from a mystery tab and not knowing exactly how to stop it. That's why Google introduced a "mute" feature to the Chrome browser to quickly identify and shut down audio on the offending tab. With Chrome OS 77, it's taking this feature a step further by making any audio playing on the device manageable from a media controller at the bottom right corner of the screen. This feature was also a cornerstone of the Chrome OS 76 release. 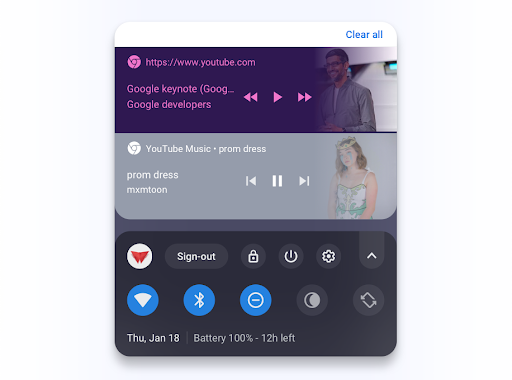 When it comes to curbing your children's smart device use with Family Link, sometimes it's nice to be able to reward your child for their accomplishments: completing chores ahead of schedule, acing a test at school, or cleaning up their room without being asked. With Family Link bonus time, you can now add extra screen time to a single day without adjusting their bedtime schedule or daily limit.

This accessibility feature makes it easier for owners with impaired motor skills to navigate their Chromebooks by helping them right click, left click, double click, or drag an item on the screen simply by hovering over it with the cursor. Automatic click support first appeared in Chrome OS 76. 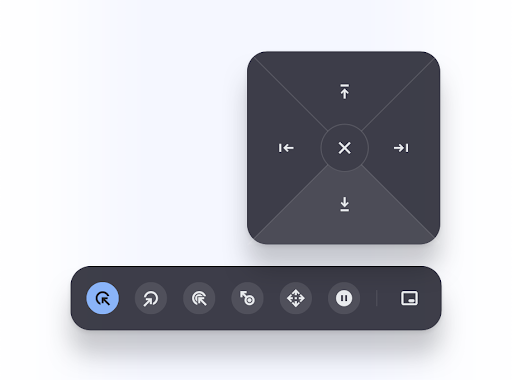 Chrome OS 77 is rolling out to Chromebooks over the next several days, so if you have yet to upgrade, head on over to Settings –> About Chrome OS –> Check for updates. If your update isn't appearing yet, try again in a day or two.

There are a handful of useful features that weren't included in Google's official announcement of Chrome OS 77. For instance, this version comes with broader USB support, allowing users to interface with a range of devices beyond Android handsets and peripherals. To enable it, simply enable the following flag: chrome://flags/#crostini-usb-allow-unsupported.

After upgrading to Chrome OS 77, there is a Linux virtual machine update waiting for users who use Linux in their day-to-day workflows. This update is said to include support for older Chrome OS hardware that didn't receive the initial Linux release with version 69.

Finally, Chrome OS 77 comes with new color and theme customizations for the New Tab page, but they are hidden by default. To enable them, activate these flags: chrome://flags/#ntp-customization-menu-v2 and chrome://flags/#chrome-colors-custom-color-picker.