As you may know by now, Mozilla has halted development of the stable Firefox release on Android, only adding security patches at the moment. The company is instead focusing on its next-generation browser, Firefox Preview, slated to replace its aging counterpart before the end of this year. A big update to version 2.0 adds a number of features to the new browser, like a search widget, a notification with audio/video playback controls, and various usability enhancements. Add-ons are not yet available, sadly. 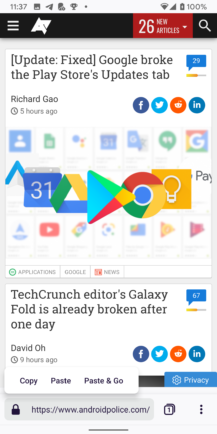 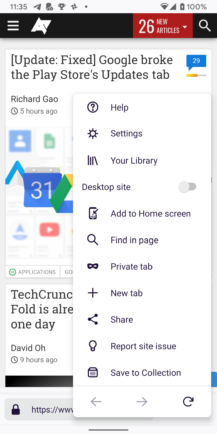 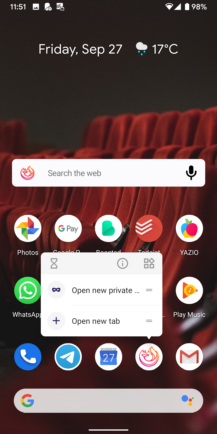 Tapping and holding the address bar now gives you quick access to copy, paste, plus paste & go, letting you easily enter or share URLs. A notification automatically pops up to let you control audio and video playback so you can listen to content with the browser in the background. You can add a new search bar widget to your home screen which will throw you into the Firefox address entry window. Similarly, adding website shortcuts to your launcher is now possible, though I couldn't get this to work properly on my Pixel 3 running Android 10 — the app is still a beta, after all. A new shortcut also lets you quickly open an incognito tab by tapping and holding the browser's icon.

With Firefox Preview 2.0 update, you get the following features:

The workflow for signing into a Firefox account has been improved as you only need one tap to gain access if you're logged into another Firefox version on your device. Once you start using your account, you are also able to send tabs from Firefox Preview to another device, something Chrome has only added very recently. Add-ons are nowhere to be seen, unfortunately, but Mozilla promised to have them readily available once Preview is promoted to a stable release channel.

The new version is available for download on the Play Store or over at APK Mirror.