Facebook used to be a place where you could freely share moments from your life with your peers, but once the network grew into the behemoth we know it as today, users soon began competing against each other to see who could get the highest like count on their posts. To combat this potential spiral of negative feelings (and possible subsequent user exodus), Facebook has decided to test obscuring like counts on some posts, starting today with Australia.

The new interface still shows you the three most common reactions to a post and which of your friends like it. You could tap the emoji to see the detailed overview and count it up yourself, but who would really do that (I'm sure some people are vain enough). With the like count out of view, a post with 1,000 likes looks the same as one with 10. Comment counts are still visible, though, so there is still some indication of popularity. 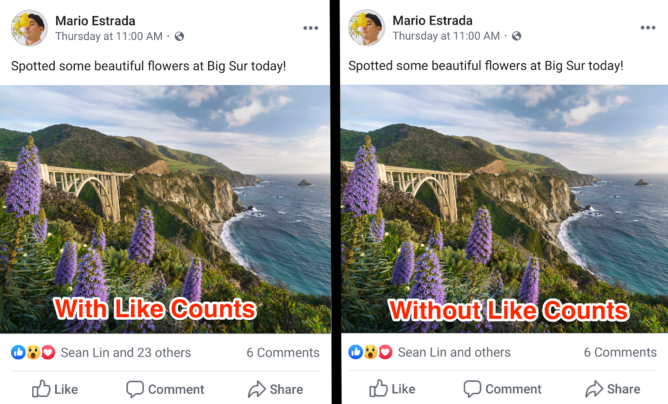 This test doesn't come as a surprise since app teardown master Jane Manchun Wong discovered and activated the code snippet that hides the like count earlier this month, and Facebook confirmed it was developing the feature. It remains to be seen how soon the feature will roll out to users in other locations, but it's interesting Facebook decided to test the feature with a whole country to start. It possibly wants to monitor how the change scales and alters the network's dynamics, which wouldn't be possible with classic A/B tests.

DoorDash suffered a data breach in May affecting 4.9 million users