OnePlus' latest flagship is official, bringing a 90Hz "Fluid" display to the smaller, non-pro series of phones. In addition to a smooth new display, you also get a new super macro photo mode that can focus as close as an inch away from the phone, plus a faster Snapdragon 855 Plus. Availability is pretty far out, set for October 18th, with prices starting at $599.

Like the 7 Pro before it, the 7T picks up a smooth "Fluid" 90Hz display, but at a reduced 1080p-equivalent resolution. That screen also hits up to 1,000 nits, with HDR10+ certification and wide-color support. It's all powered by a slightly-improved Snapdragon 855 Plus SoC — a decent bump from the Snapdragon 845 in the OnePlus 6T, given that we didn't get the OnePlus 7 here in the 'states, but not a terribly huge improvement over the 855 in the 7 Pro. 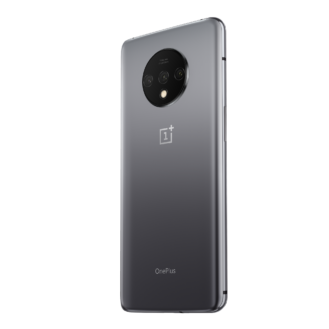 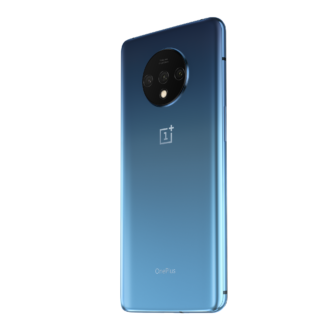 The new OnePlus 7T picks up a triple camera setup similar to the previous 7Pro, but with a few distinct changes. Instead of a 3x zoom telephoto, it's 2x zoom this time around. That also results in a new wider-angle portrait mode. The wide-angle and primary cameras are basically the same, except for one twist: a new super macro mode makes use of a special motor that's only in the new 7T for super-close photos, as near as an inch away. There's also a new super stable mode for video that ties together all three sensors for better video stabilization — that last feature is also coming to the 7 Pro later.

Software-wise, the 7T is running Android 10 out of the box, as we previously expected. Change this time around include an improved reading mode and more options in Zen Mode (i.e., use-your-phone-way-less mode), as well as extra customization options, paired with all the Android 10 features you'd expect. Physically, it's identifiable as a OnePlus phone from across the room. Although the new round camera bump is a departure, you get the same subtle "horizon line" styling on the top and bottom edge, sloped around the stereotypical glass and aluminum sandwich construction. There's still no wireless charging, though.

Asymmetrical dual stereo speakers are still present this time around, plus a faster "Warp Charge 30T" which promises slightly improved charging speeds at the same wattage and with the same physical charger, thanks to optimizations like reduced resistance in the phone itself. As before, it has an in-display fingerprint sensor, plus camera-based face unlock — not the most secure system, but it is convenient.

The phone will be available exclusively via OnePlus' site and T-Mobile in the US beginning on October 18th and starting at $599. That gives you plenty of time to think about it (and plenty of time for us to give you our full review later).

First impressions of the OnePlus 7T: Just don't call it a smaller 7 Pro