Google launched a new hyperlocal news service in early 2018 called Bulletin. It's understandable if you don't remember—Bulletin still hasn't moved out of the pilot phase, and it never will. Google has just alerted Bulletin users that it's shutting down the platform in November.

The idea behind bulletin was that users could post news from their neighborhood, allowing others in the same area to hear stories that would otherwise be lost in the shuffle. The service also relied on AMP to load pages quickly. Google started with just a few cities, but Bulletin later expanded to all of the US and Canada. Bulletin never gained traction, probably because Google failed to promote it in any way, and now it's shutting down. 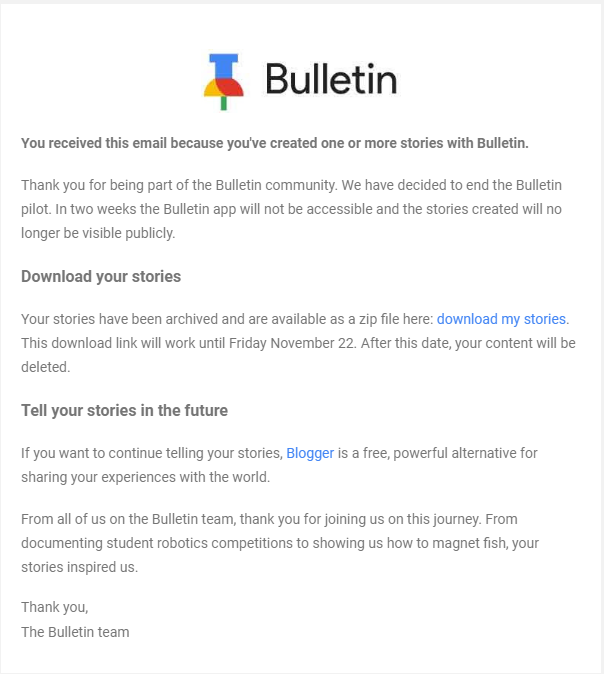 Google says Bulletin will close for good on November 22nd, at which time it will delete all remaining Bulletin content. If you used Bulletin and would like to save your stories, Google has added an export option. Google suggests Bulletin users can start posting on the Blogger platform, but that naturally lacks all the location-aware features of Bulletin.

First impressions of the OnePlus 7T: Just don't call it a smaller 7 Pro