Rumors and reports about the upcoming OnePlus smart television have been rolling across our desks since the company first confirmed its plans a year ago. Since then we've learned about some hardware features to expect, and saw the official OnePlus TV name confirmed, and now we finally have our first real look at the TV itself.

OnePlus founder and CEO Pete Lau tweeted a photo that promises "a more seamless and intelligent experience is coming to your home." 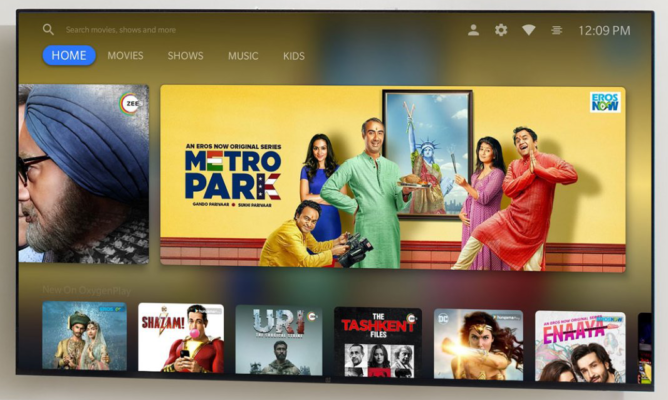 The company has confirmed plans to release a 55" TV, while evidence has also suggested the possibility of additional sizes arriving. Unlike stock Android TV, the interface we see here for the OnePlus TV features a tweaked graphical layout with separate movies, shows, music, and kids sections. The presence of OxygenPlay branding may reference a content service or other app set to debut alongside the screen. And having already heard OnePlus tease smartphone connectivity, it's no surprise to see a user interacting with the OPTV through one here.

The OnePlus TV is expected to be announced in India on September 26 with a United States and European event planned for October 10. These dates line up perfectly with the reported launch of the OnePlus 7T.

My Echo is the one that says 'Bad Motherfucker:' Samuel L. Jackson will be an Alexa voice