At the tail end of August we learned that Mario Kart Tour would land on Android on September 25th, and early this morning, the racer was officially released on the Play Store. Now, the thing to remember is that this is a game that has been delayed more than a few times, with announced dates coming and going, and now that I've played the end product, it's clear why. At its core, Mario Kart Tour is yet another bland gacha game with a famous brand slapped on top, but things get much worse than this, so strap in, because this ride's about to get very bumpy.

First and foremost, if you were hoping for a quality Mario Kart game on mobile, this is not it. On the surface, things appear to be fine, so if you're judging the game by the trailer above, everything seems to be in order, but once you actually install the game, you'll quickly see why I've labeled this release as the worst Mario Kart title in the history of the series.

My experience began with the game forcing me to sign in with a Nintendo account. As far as I can tell, there's no way to play the game otherwise, which is an extremely shady way to force people into signing up for the account. Once signed in, the very first thing you'll do is open a loot crate to unlock your first character. Once you finish the first race in the forced tutorial, you'll have to open another loot box. And guess what happens after you finish your first Tour when you finish this forced tutorial, yep, you open another loot box. Anyone notice a pattern yet? It's almost like Nintendo is conditioning people to open loot boxes before they reach the end of the tutorial, but nah, Nintendo wouldn't push clear gambling mechanics in a children's game rated "E" for everyone, would it?

Yep, nothing wrong here, now sign up and don't think about it

Sadly finishing the forced tutorial is only the start of the game's problems. Something to keep in mind is that this is a single-player affair for now. While there is an icon in the game's menu that states multiplayer is "inbound," for now all you get to race against is an AI disguised as real players, with the game going so far as to display real player names above these bots. Also, despite the fact that this a single-player game for now, an always-online connection is required. 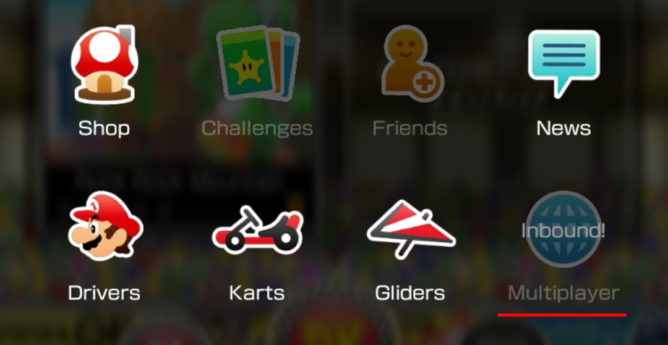 One thing to note is that the stamina system that made an appearance during the beta in May is now gone, replaced with an optional monthly subscription called Gold Pass. This pass will run you $4.99 a month, and you'll receive a few extra items such as new racers, new carts, and of course in-game currency — what a deal.

Who wouldn't want to pay $4.99 a month for the worst Mario Kart game in existence

Speaking of currency, Mario Kart Tour contains two different kinds. There are Coins, and then there are Rubies. Rubies can be purchased outright with real money, and the in-app purchases for these Rubies range all the way up to $69.99 per item. The Coins, on the other hand, offer a much more nefarious means to earn them through the shop. Instead of being able to purchase them outright, you have to race to collect them in a mode called Coin Rush, which means you aren't even guaranteed any particular amount of Coins despite having to pay your hard-earned Rubies for a chance to race in this mode.

Look at all of that shiny currency

So now that I've covered a few of the major issues with the game's design and its monetization, it's time to talk about the actual racing, you know, the entire point of playing the game. Let's just say it's not great. There's no controller support to be found, which means we are all stuck with the touchscreen controls. These controls are garbage. In fact, they are so bad that Smart Steering is on by default, which is essentially steering assistance. With this option on or off, there is no way to perform drifts manually. If you'd like to perform drifts on command, you'll have to select the Manual Drift mode in the options, but this is even worse than the regular steering mode since you can't turn and can only drift.

Of course, the controls aren't the only problem with the gameplay. This is a portrait game, which visually cuts off the majority of each track, making it difficult to know what's around each corner, which means memorization of tracks will be the winning strategy. While memorizing tracks in any racing game is always a good idea, I'm definitely not a fan of being forced to do so because of poor design choices that cater to a very specific audience.

The portrait view is awful

It would seem that no matter where you turn, Mario Kart Tour fails on every front. Not only is this a children's a game stuffed with gambling mechanics, but the core racing gameplay also sucks. There's no online racing, a major feature of the series, and you're forced to sign-in with a Nintendo account just to play. It doesn't help that the title is always online despite the fact that it's currently a single-player game, and then you have the ridiculous monthly subscription, not to mention multiple currencies and a bunch of in-app purchases, which clearly doesn't help the situation. The only redeeming feature is the game's graphics, but that's hardly enough to keep people interested. Honestly, it's my recommendation that everyone stays far away from Mario Kart Tour. There's absolutely nothing of worth to see here folks, but I can't say it was unexpected.

Mario Kart Tour, the first Mario Kart game to launch for smartphones, is now available to download on iOS and Android devices.

Mario Kart Tour, the first Mario Kart game to launch for smartphones, is now available to download on iOS and Android devices.

In Mario Kart Tour, players will use intuitive touch controls to boost, drift and speed their way to victory over a series of colorful courses, with some inspired by locations in the real world.

September 25, 2019 08:00 AM Eastern Daylight Time
REDMOND, Wash.--(BUSINESS WIRE)--Get your fingertips ready: Mario and friends have boosted across the starting line and begun their world tour! Mario Kart Tour, the first Mario Kart game to launch for smartphones, is now available to download on iOS and Android devices. In Mario Kart Tour, players will use intuitive touch controls to boost, drift and speed their way to victory over a series of colorful courses, with some inspired by locations in the real world.

“Many drivers from the Mushroom Kingdom have raced through haunted mansions, jungles and even on rainbows, but this is the first time they have driven on real world-inspired courses,” said Nick Chavez, Nintendo of America’s Senior Vice President of Sales and Marketing. “With Mario Kart Tour, we are able to put the beloved Mario Kart experience into the hands of mobile gamers all over the world.”

The free-to-start Mario Kart Tour game brings the endless racing fun of Mario Kart to mobile devices, allowing players to collect a variety of drivers, karts and gliders from an expanding roster. Players can strive to achieve high scores, unlock additional cups, earn in-game rewards or compare their online ranking in a weekly ranked cup with players from around the world. Many classic tracks, items and characters make return appearances, and new courses and special items specific to each driver have also been introduced, like Diddy Kong’s Banana Barrels and Peachette’s Mushroom Cannon.

Players can choose which drivers, karts and gliders to use in races across a variety of courses, including fresh takes on classic tracks and special city courses. City courses, special in-game event courses inspired by real-world locations, will be available during specific time periods and take place every two weeks. The first city course, inspired by New York City, begins today and will be available until Oct. 8 at 10:59 p.m. PT. During this time, players will also have the chance to obtain the mayor of New Donk City, Pauline, in the character’s first-ever appearance in a Mario Kart game, a New York-themed kart and New York-themed glider. These drivers, karts and gliders can be earned by using Rubies, the game’s in-game currency, to fire off the in-game warp pipe. Rubies can be earned in-game as a milestone reward when unlocking cups, completing challenges or by purchasing them using real-world money.

New York City is just the first of many stops in Mario and friends’ world tour, with more city courses, such as Tokyo and Paris, taking place in the near future. Mario Kart Tour will continue to receive new content and updates post-launch.

*Automatically converts to a monthly subscription at the then-current price, unless canceled. Terms apply.

About Nintendo: The worldwide pioneer in the creation of interactive entertainment, Nintendo Co., Ltd., of Kyoto, Japan, manufactures and markets hardware and software for its Nintendo Switch™ system and the Nintendo 3DS™ family of portable systems. Since 1983, when it launched the Nintendo Entertainment System™, Nintendo has sold more than 4.7 billion video games and more than 740 million hardware units globally, including Nintendo Switch and the Nintendo 3DS family of systems, as well as the Game Boy™, Game Boy Advance, Nintendo DS™ family of systems, Super NES™, Nintendo 64™, Nintendo GameCube™, Wii™ and Wii U™ systems. It has also created industry icons that have become well-known, household names, such as Mario, Donkey Kong, Metroid, Zelda and Pokémon. A wholly owned subsidiary, Nintendo of America Inc., based in Redmond, Wash., serves as headquarters for Nintendo’s operations in the Americas. For more information about Nintendo, please visit the company’s website at https://www.nintendo.com/.

Note to editors: Nintendo press materials are available at https://press.nintendo.com, a password-protected site. To obtain a login, please register on the site.

Xiaomi Redmi 8A comes to India with whopping 5,000mAh battery and Snapdragon 439 for less than $100