According to information contained within the Galaxy Fold's packaging, Samsung plans to offer a Galaxy Fold Premiere Service to every Fold owner. The service will include 24-hour call center assistance, as well as a one-time out of warranty screen replacement for $149 during the first year of ownership. The full cost of a screen replacement has yet to be announced, but considering the Fold's price tag comes in at just under $2,000, its bendable display is probably worth quite a bit. 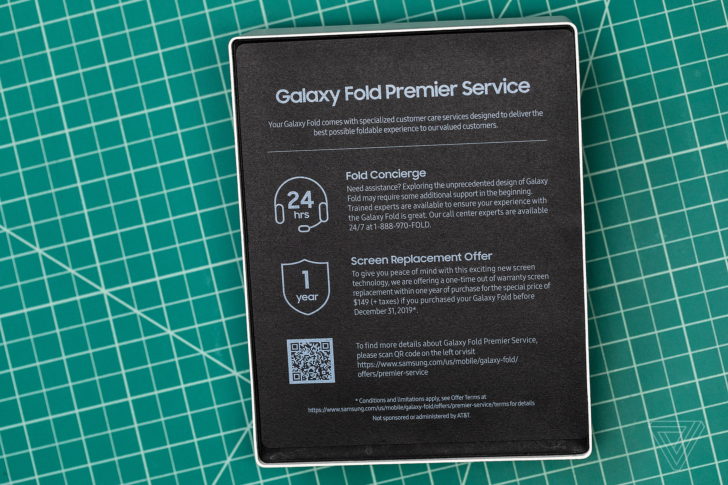 Google Assistant is rolling out to more Chromebooks