We shouldn't necessarily take the Galaxy A20 from T-Mobile and compare it with an Asian variant Galaxy A20s — these specs coming from Samsung Malaysia — but there are some very apparent trade-offs here. For one, the A20s features an unnamed octa-core chipset that supports single-band Wi-Fi and Bluetooth 4.2 to the A20's dual-band Wi-Fi and Bluetooth 5.0. What the A20s gets in return is a slightly larger display, a quality bump with the ultra-wide rear camera, and an extra depth sensor to boot.

Other than those factors, the two phones share a lot in common — fingerprint sensors, facial authentication, Infinity-V notch, many of the internal specs. 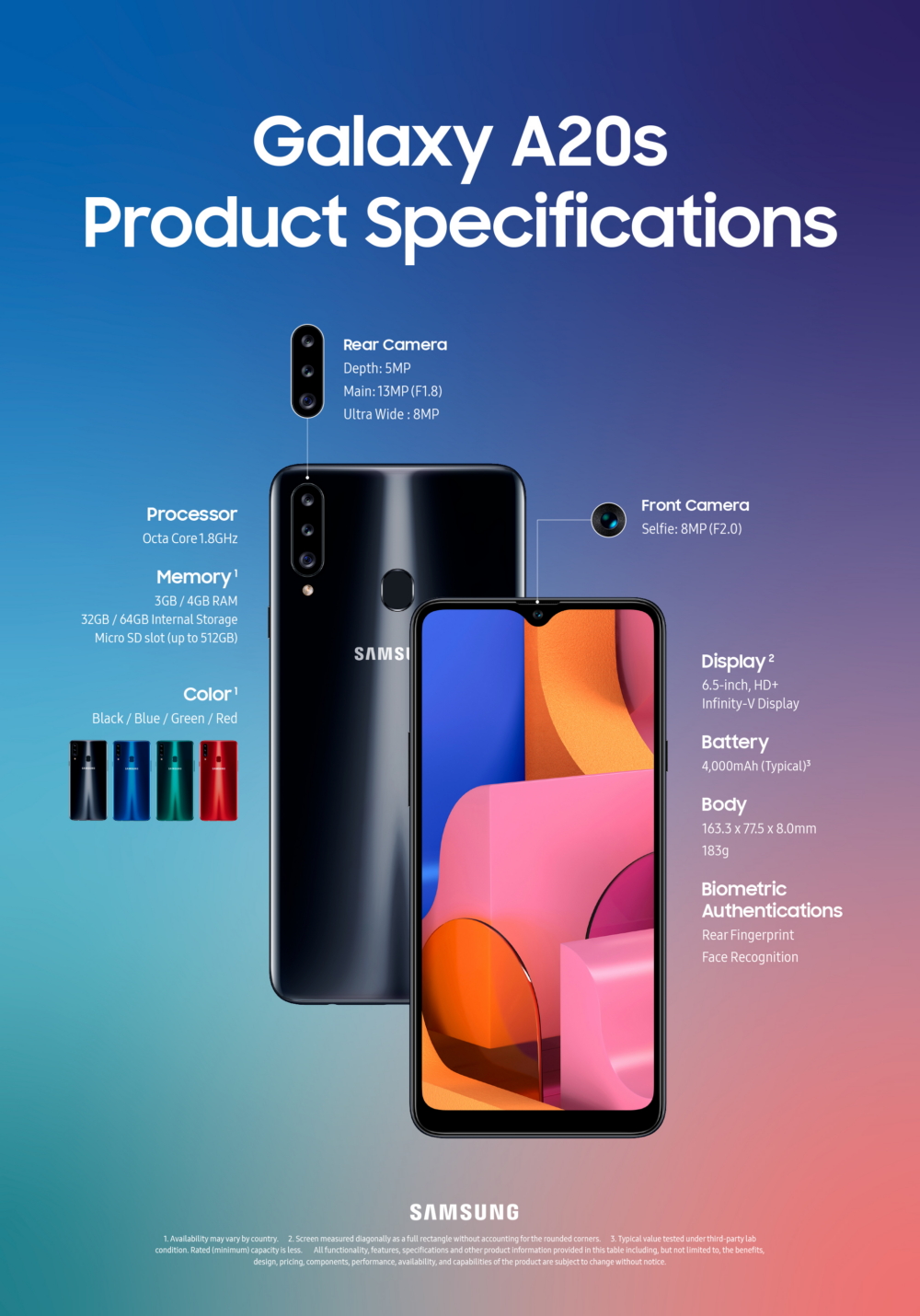 That said, Malaysian consumers are paying the equivalent of $168 for the A20s compared to $250 on T-Mobile for the A20, so there are your swings and roundabouts.