Google was heavily criticized when press uncovered it uses human contractors to transcribe some voice snippets from Assistant users around the world, though we could quickly discern this as scaremongering as only 0.2% of all recordings were affected, and, of course, any company wanting to improve voice recognition needs to use transcriptions to advance. Still, Google should have clearly disclosed that your conversations with Assistant aren't 100% private. After temporarily pausing the practice in the EU, the company today announced it's improving key aspects of Assistant aiming to inform users about privacy more clearly, along with sensitivity options for hotword detection.

In its announcement, Google reinforces that your audio data isn't collected by default, but fails to note how it highly encourages you to opt into Voice & Audio Activity storage which conveniently lets you benefit from more personal results thanks to voice recognition. An update to the onboarding experience will at least make it clearer that Google can use audio snippets to improve its service. Most importantly, the company states, "We won't include your audio in the human review process unless you've re-confirmed your VAA setting as on," so even if you don't proactively change any settings, your data won't be used. Along with this, the company deletes stored data after a couple of months, as opposed to keeping it on its servers indefinitely by default. Google further nebulously declares it'll add more privacy protections to the snippet review process itself on top of the already existing anonymization. 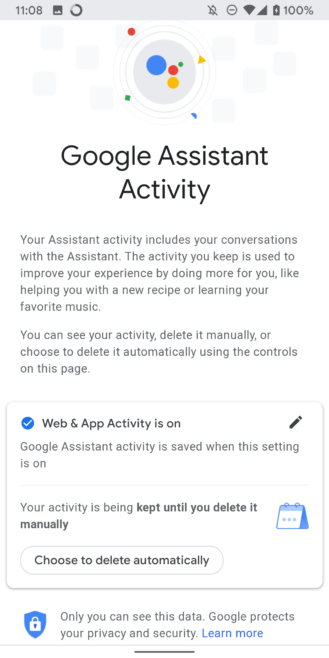 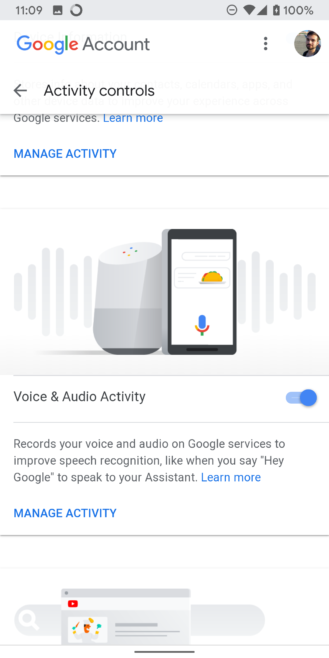 Google's Assistant settings (You > Your data in the Assistant) currently don't mention human transcriptions anywhere, not even in the corresponding help page, but that's about to change.

Google additionally focuses on making "Hey Google" and "Okay Google" detection more reliable which should lead to fewer false positives and it's working on deleting recordings of the accidental activations that do happen more aggressively and reliably. The company also wants to give you options for hotword detection sensitivity, planning to "add a way to adjust how sensitive your Google Assistant devices are to prompts like 'Hey Google,' giving you more control to reduce unintentional activations, or if you'd prefer, make it easier for you to get help in especially noisy environments."

These changes, rolling out over the next couple of months, feel overdue. While the problem has been blown out of proportion by many outlets, it still boggles my mind neither Google nor any of its competitors thought of disclosing human transcriptions in their voice assistants, implying your conversations are private. The revelation likely didn't surprise anyone familiar with audio recognition tech, but it's safe to bet many ordinary consumers were taken aback, to say the least.

Viber introduces Shorts, a new way to read stories in the form of text messages