Xiaomi's most recent flagship from its Redmi sub-brand, the K20 Pro, was first unveiled in May for the Chinese market before being rebadged as the Xiaomi Mi 9T Pro for release in Europe. Much like the OnePlus 7 Pro, it featured a pop-up front camera and triple rear lens setup. An upgraded version is now being introduced that packs a Qualcomm Snapdragon 855+ with up to 12GB of RAM and 512GB of storage.

The new model looks much the same as the previous device, although there is an exclusive Bionic Black colorway with a "mechanical structure inspired by high-tech armor" — because why not. According to Xiaomi, this Premium Edition phone is designed for gamers, as evidenced by its 8-layer graphite stack cooling system which apparently makes it 650% more efficient in reducing temperature increases compared with a single-layer construction. 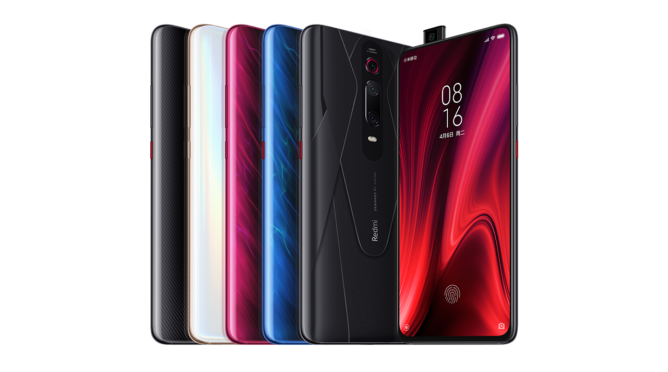 Those prices are not bad at all considering the specs but don't hold your breath for a US release. It's already on sale in China, and there's a good chance it will come to Europe as a Xiaomi Mi 9T Pro Premium Edition, or something along those lines.