Above you can watch the PC and Mac trailer for SimpleRockets 2. As expected, the gameplay revolves around shooting rockets into space, much like the indie darling Kerbal Space Program. Of course, the Simple franchise started on mobile, so it makes sense that despite SimpleRockets 2 Steam listing the title will eventually make its way to Android.

As it stands, a recent mobile beta sign-up was available on the official SimpleRockets 2 forums, though invites are closed at this point. This does mean a few people have gotten their hands on the mobile version, and so far it appears that development is moving along nicely. On the other hand, we still don't know when the game will officially arrive on the Play Store, or at what price. It's my hope that SimpleRockets 2 comes at a premium price point sans and advertisements or in-app purchases, just like the developer's previous releases.

So there you have it, folks, SimpleRockets 2 is coming to Android, and while we still don't know the exact date or how it will be monetized, if it's anything like the dev's previous titles, we should expect a boatload of rocket-launching fun that's hopefully wrapped up in a premium package. So if you'd like to receive a notification whenever the title officially arrives on Android, make sure to click on the pre-reg button in the Play Store widget below. 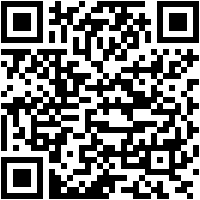 SimpleRockets 2 has officially landed on the Play Store

In August we learned that Jundroo's followup simulation game SimpleRockets 2 would be coming to Android, though at the time the date of release was unknown and there was no word how it would be monetized. As of this morning, SimpleRockets 2 is officially available on the Google Play Store for $4.99 ($10 cheaper than on Steam), and there are no in-app purchases or advertisements included. Much like Kerbal Space Program, SimpleRockets 2 is primarily a rocket-launching simulation game, though there are actually many vehicles included in today's release. This means you'll get to build rockets as well as airplanes, rovers, satellites, and robotic mechs, to then take each craft for a ride in a realistic setting. The only limit is your imagination, which is why the game already has a bunch of positive reviews on Steam, and after personally testing the game, it's clear that the Android port performs just as good.