The race to smarten up a billion phones in rural, developing regions has seen some significant progress so far, most of it coming from KaiOS and Google's massive eight-digit backing into the voice-forward flip phone software suite. Recent rumors, though, have put Android as an double-blind alternative for feature phones. Now, we have our first moving vision of said concept.

Our first snapshot of this so-called Android-powered feature phone made by Nokia came last month. Turns out that this still was part of what may be a minute-long video from someone calling themselves @rider95 on open blog platform Steemit.

Here is the Google Android powered Feature phone by Nokia from rider on Vimeo.

A tour through the software shows Google Assistant front and center of the experience, a quick peek of Google Maps, and the fact that the phone purports to be running on Android 8.1 Oreo — perhaps the lightweight Go edition. It's hard to tell. 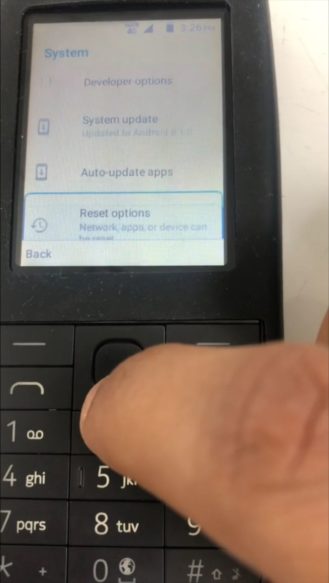 All in all, we're looking at a slightly more robust visual experience with a higher dpi on this device than most KaiOS phones out in the market today. And it's 4G VoLTE-capable, too. And while an OEM could probably make KaiOS look like this, there's just enough shown here to perhaps tip the scales to Android on this one.

@rider95 suggests more information will come out about this Nokia phone during the Pixel launch on October 15 — something to tuck into that back pocket.