Google Chrome sees a constant stream of new, sometimes redundant features implemented by its developers, but not all of them end up in the stable version of the browser. The new tab page, in particular, is always changing and some experimental features in Chrome's developer version Canary give us a glimpse of what Google might have in mind for it going forward. A new experiment in the form of a 'Top sites' shortcut has surfaced, linking to an overview of some recommended websites seemingly based on location and interest.

Last year, a similar experiment appeared that also allowed access to a number of recommended websites, still available to this day. In contrast to the new test, the previous one takes you to a separate web page with various links. The new version is much more integrated and looks similar to the rest of the new tab interface. All the links are working and all sites have the correct thumbnails. It's unclear how exactly Chrome picks which websites to show you, but they appear to be localized and personalized. 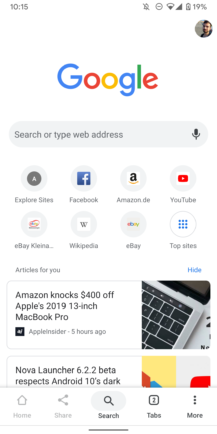 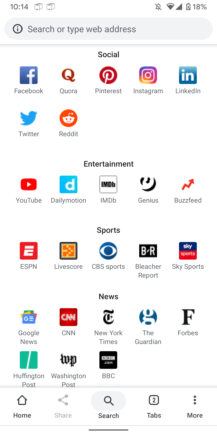 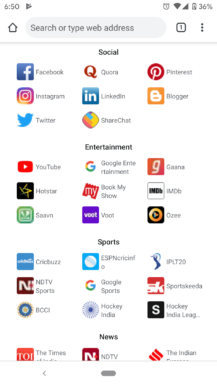 To see the changes yourself, head to chrome://flags and search for "explore websites." In that flag's entry, there are a number of options to choose from, but it's enough to pick "enabled." Once you've restarted the browser, the new 'Top sites' entry appears among the website thumbnails below the search bar. 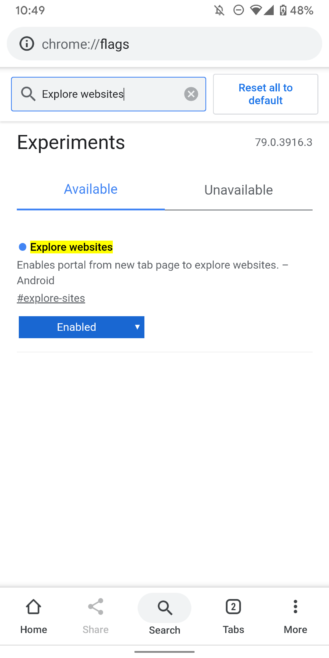 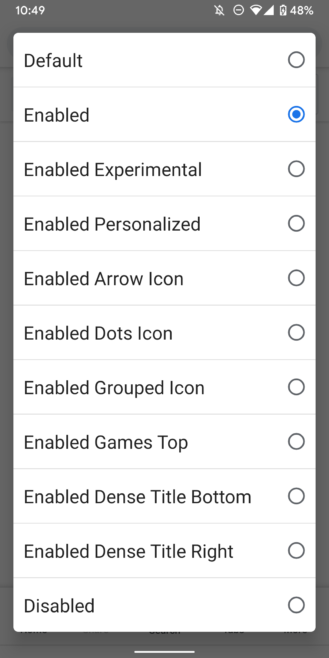 It's unclear to me what exactly Google is planning to achieve with these shortcuts. Most of the listed websites are fairly well-known, and many people probably won't tap the icon to access them in the first place. Either way, you can download the latest version of Chrome Canary on the Play Store or over at APK Mirror.

Already available on Stable, too

As some of you have pointed out in the comments, this flag automatically got activated on the stable release of Chrome for a few. If you'd like to disable the shortcut, you can head to chrome://flags and search for "explore websites," as described above, and choose "Disabled." Thanks: Everyone who commented!