The ad-free service offers both existing content, like Tyler Perry's extensive filmography, as well as original content including BET's First Wives Club and upcoming stand-up specials from DL Hughley, Sinbad, Nick Cannon, and others. Shows from other Viacom networks — VH1, MTV, and Comedy Central, to name a few — will be featured, too.

You can sign up for $9.99 a month and watch on just about any device you've got. BET+ is available today for Android, Android TV, Amazon Fire TV, plus Apple devices. There's no Roku app yet, though. You can grab the Android version below to check it out. The mobile and TV apps are available on APK Mirror, too, if that's your jam. 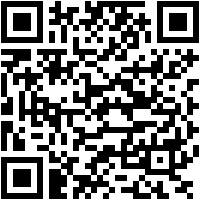 NEW YORK--(BUSINESS WIRE)--The wait is finally over! BET+ launches today in the U.S. BET+ is available on the App Store for iPhone and iPad, Android™ devices, Android TV™ devices, Amazon Fire TV and Prime Video Channels. Customers can also subscribe directly to BET+ through Apple TV channels and watch in the Apple TV app, on demand and ad-free, across their devices for online and offline viewing.

The joint venture by BET Networks and Tyler Perry Studios launches with a deep and diverse lineup of content, aimed to super-serve lovers of Black stories. BET+ subscribers can immediately access more than 1,000 hours of ad-free premium content, including exclusive new original programming and a broad array of top African American-focused dramas, sitcoms, films, and specials from BET and sister networks within the Viacom portfolio. Additionally, BET+ will offer subscribers an exclusive collection of Tyler Perry film, television, and stage plays. The service will also provide a host of content from leading African American creators, including Tracy Oliver, Will Packer, along with fresh new voices, on both sides of the camera. New titles will be added to the service regularly.

Fans won’t have to wait long to begin their binge. For those ready to fall in love with a new show, all nine episodes of BET+ original series, “First Wives Club,” from acclaimed “Girls Trip” screenwriter Tracy Oliver starring Ryan Michelle Bathe, Michelle Buteau and Jill Scott, are now streaming. New weekly original series, “Bigger” – a ten-episode comedic series from hitmaker Will Packer (“Ride Along” and “Think Like a Man.”) -- gives fans a taste of what’s to come by making the first three episodes of the series available now. The remaining episodes of “Bigger” will be released every Thursday, beginning September 26. In addition to its new original content, BET+ is also now streaming the comedy series “Martin.”

In the coming months, BET+ will proudly present Tyler Perry’s box office-topping theatrical films, including the “Madea” franchise; new original series; and a selection of Perry’s stage plays -- “Meet the Browns,” “Daddy’s Little Girls,” “Family That Preys,” “I Can Do Bad All By Myself” and more.

BET+ complements BET’s linear network, which continues to be the leading home of black culture. BET fans will not only have the freedom to access more than 1,000 hours of content on BET+, they will have additional access points to BET content on BET.com and the BET Now app for TV Everywhere users. In addition, BET’s recently launched channel on Pluto TV, the leading free streaming television service in the U.S., will continue to feature hundreds of hours of classic films and box office hits from the best of black Hollywood.

Tyler Perry Studios is a state-of-the art film and television production facility founded in 2006 by actor, producer, filmmaker, playwright and philanthropist Tyler Perry. Located in Atlanta, Georgia on the historic grounds of the former Fort McPherson army base, the new 330-acre campus is one of the largest production studios in the country. It boasts a variety of shooting locations including 40 buildings on the national register of historic places, 11 purpose-built sound stages, 200 acres of green space and an expansive backlot.

Viacom creates entertainment experiences that drive conversation and culture around the world. Through television, film, digital media, live events, merchandise and solutions, our brands connect with diverse, young and young-at-heart audiences in more than 180 countries.