Browser development cycles have significantly risen over the last decade, ever since Chrome entered the market with its major version updates every six weeks. Mozilla quickly followed suit to offer rapid releases with brand-new Firefox versions coming every six to eight weeks. The company has decided to step up its game and plans to release major updates every four weeks starting in 2020.

Mozilla wants its development to become even more agile so it can deliver new features more quickly, and shorter cycles will allow this to happen. Firefox updates will continue to roll out in stages allowing the company to catch issues before too many people are using an affected version. New feature experiments and A/B testing won't be changed by the increase of release cadence, though. Mozilla says that experiments aren't tied to cycle lengths and will stay around for as long as developers need to test them until they're ready to ship. 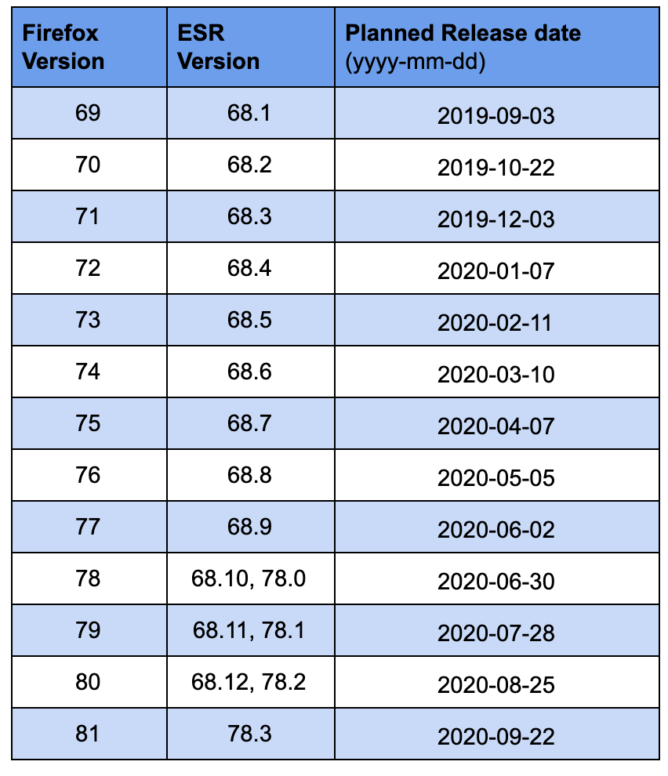 Firefox wants to alter the cycle gradually, starting with version 71 slated for December, before upping the tempo by one week at a time in Q1 of 2020. For Extended Support Releases of the browser intended for businesses, nothing much will change — the company still plans to ship major versions updates every 12 months.

Meanwhile, Mozilla has halted active Firefox development on Android with version 68, focusing on the completely rewritten next-gen beta instead, slated to reach stable sometime in 2020.

Can't wait until 2020 for some accelerated-Firefox-release action? That's fine; patience is overrated, anyway. Luckily for you, Mozilla's now publishing the Firefox Preview Nightly for Developers to the Play Store as its own package, ready to either wow you with next-gen features or leave you frustrated as bugs grind your browsing session to a halt — not knowing is half the fun!

If living on the bleeding edge sounds like your jam, check out the Nightly Preview in the Play Store now:

Google expands Play Points program with promo codes, but you probably still can't use it