Adding a bunch of nonsense into a writing assignment to meet the minimum word requirement is no doubt an experience that many of you have endured. Docs is a great word processor overall, and it's an even better one now that Google has just added a live word count. 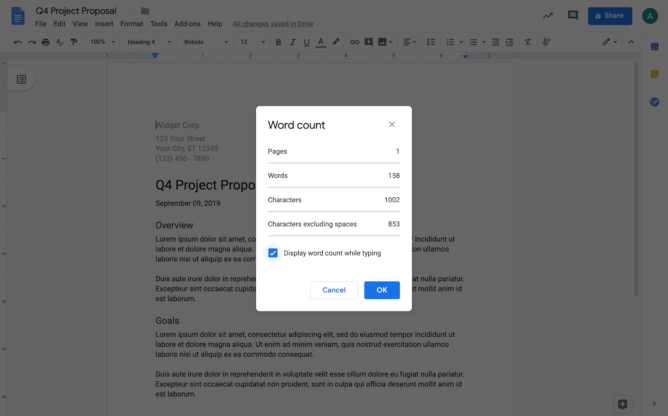 This is a simple addition that will no doubt make students' lives just a little bit easier. Instead of having to click "Word count" under the Tools tab every time, one can now just check the "Display word count while typing" box to get a live counter on the bottom left of the screen.

The feature won't be live just yet for all of you — it's not for me — but Google says that it will have rolled out to everyone by early October at the very latest. Odds are you'll get it before then, but Google is being conservative with its estimate.

As live word count rolls out to more users, we've been hearing reports of people starting to run into an unexpected limitation: a rather low maximum word count. 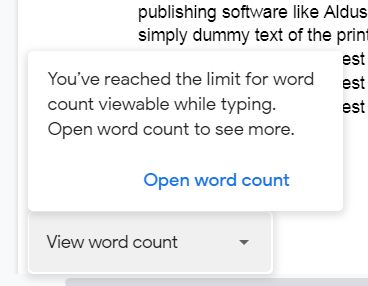 We gave it a try for ourselves. For the first few thousand words, everything goes fine, but somewhere around the fifth page of text Docs stops bothering with its live word count, and instead directs users to manually check it the old-fashioned way. We first observed this cutoff happening at the 3188-word mark, but it will vary — on further testing we discovered that the limit occurs at the 20,000-character point. If you use a lot of longer words, you'll hit that cutoff sooner.

Is it kind of dumb to have a simple word processor feature like this stop working after the first few pages? Sure. We can also sort of understand the argument that live word count as a tool is most useful to writers working on shorter projects. But it's still kind of dumb.