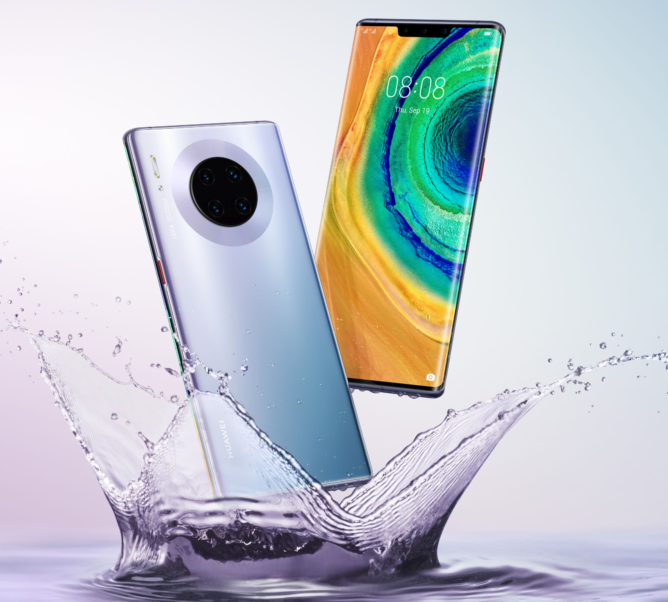 To start, we've got a pile of photos from noted leaker Evan Blass showing off the Mate 30 Pro, Mate 30, a Porsche Design-branded version of one of the phones, and even the Mate 30 Lite. Colors for the Mate 30 and Mate 30 Pro will include Space Silver, Cosmic Purple, Black and Emerald Green (all pictured up in the header image above). The Mate 30 Pro also looks to have quite an extreme curve on the screen's edges, sure to be a polarizing feature. Not long after, a pile of hands-on photos was published to Chinese social platform Weibo: From the back, it's a bit tough to tell if these are the Mate 30 or Mate 30 Pro, but they give us a glimpse of the new colors in real life. For Huawei, this design seems almost conservative compared to the wild colors in some of its previous phones. The radially brushed finish surrounding the round camera cutout seems a bit less understated in real-life than the renders implied (at least, to me).

Specs have also leaked ahead of the launch itself. While the anticipated Kirin 990 SoC is present, more specifics have been found by IT Home, probably printed onto an event prop/stand they snagged a photo of (and which we can't read ourselves, given it's in Chinese). Specs are below, but by far the most surprising detail is a crazy 7680 FPS support from the camera, which could give extreme slow-motion video.

A photo of the Huawei Watch GT 2 was also posted to a Huawei forum a bit over a week ago, and Evan Blass published a pile of renders showing several different styles for the upcoming wearable, confirming and generally agreeing with previous leaks. With Huawei's event only two days out, we'll know more about both that high frame rate camera and the potential absence of Google's Play Store soon.