Evan Blass, better known as @evleaks, said on Twitter, "Samsung is said to be debating future Galaxy branding, including eliminating the distinction [between] the S and Note lines. Could manifest in different ways, possibly [with] a 'Galaxy One' in lieu of an S11. [..] One possibility is to simply fuse them into a single-first half handset, essentially an S-series with an S-Pen." Blass went on to say that if the Galaxy Fold performs as well as Samsung hopes, it could replace the Note lineup as Samsung's latter-year premium flagship. 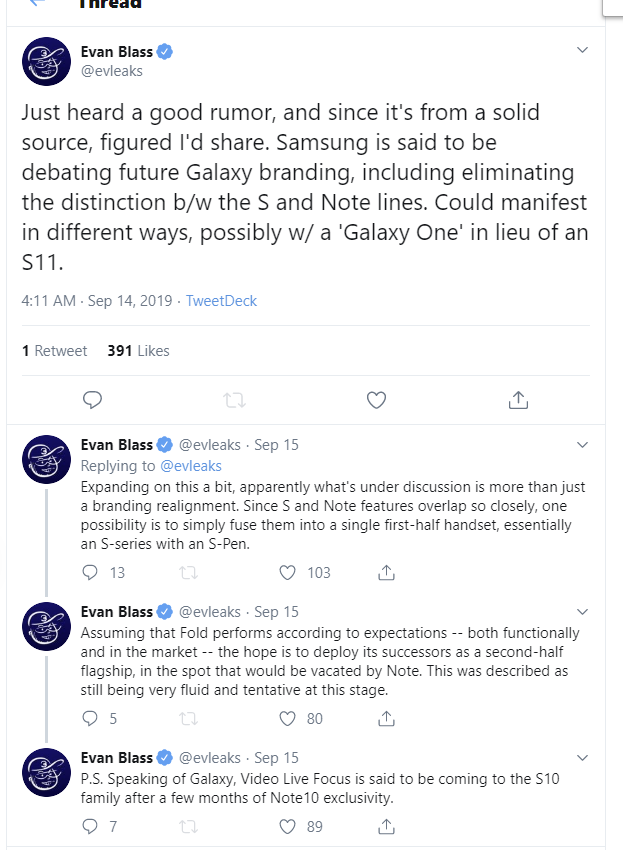 Merging the Galaxy S and Note lines would be a substantial shift for Samsung, but it makes sense. The Note series has become more like the Galaxy S line with every passing year, leaving the S-Pen and a handful of exclusive software features (like DeX on Mac/Windows) as the only differentiating factors. Samsung even released a smaller Note10 this year, so a Galaxy S phone with an S-Pen wouldn't be much of a change.