For some reason, LEGO has been busy this year lending out its brand to nefarious developers. Last week LEGO Star Wars Battles was announced, and it appears to be a free-to-play Clash Royale clone from Warner Bros. Today Gameloft's LEGO Legacy: Heroes Unboxed arrived on the Play Store for pre-registration, and it looks like a MARVEL Strike Force clone. Before this year, LEGO usually concentrated its efforts on quality games offered for free to advertise its brand, but now it would seem that the company is perfectly comfortable sullying its namesake to earn a quick buck off of the children that enjoy its toyline.

Very little gameplay is shown in the above trailer, but if you watch closely, you'll notice that the game offers 3v3 battles that look a heck of a lot like every other MARVEL Strike Force clone already available on the Play Store. My question is why in the heck is LEGO debasing its brand with a Gameloft release? It's already clear the title will contain in-app purchases despite an E for everyone rating, and while the monetization is yet to be announced, I can't help but notice all of the warning signs.

The Play Store description states that players will create LEGO dream teams out of the game's collectible Minifigures to then strategically battle against the title's many villains. Heros like Hot Dog Man, Chicken Suit Guy, Captain Redbeard, Willa the Witch, and Red Spaceman are some of the Minifigures you'll get to collect, and of course you'll have to train them to unlock their stronger abilities. But since this is a LEGO-branded game, you can expect a building mechanic that will unravel many LEGO set secrets that will then be used to boost your team. Online multiplayer is expected, which means you'll be able to take on your friends to challenge their teams.

Honestly, I can't say I'm the slightest bit excited for LEGO Legacy: Heroes Unboxed. Not only is it a clone of MARVEL Strike Force, but it's also pretty safe to assume that it will be loaded with IAPs whenever it's officially released. For a brand that sells toys to children, I find it disheartening that LEGO would even consider lending its namesake to developers like Tencent, NimbleBit, and Gameloft, especially when these games are often rated E for everyone. LEGO is better than this, and yet the mad dash to soak up as much money as possible by taking advantage of children before government regulations take hold is extremely transparent. Of course, if you don't care about these things, then you can pre-register for LEGO Legacy: Heroes Unboxed through the Play Store widget below. 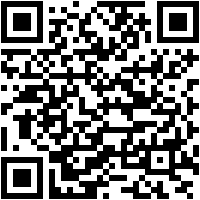