Google One subscribers can enjoy an extra Android backup panel coming to their cloud storage's management app starting this week. On top of built-in Android backup, handling texts, contacts, and app data, they will also be able to automatically upload multimedia messages (MMS) and original-quality photos and videos — though the latter has been available long before the "Google One" branding saw the light of day.

Drop it, break it, lose it or replace it: whatever happens to your Android phone, automatic backup protects your photos, videos, messages and more. Now available for Google One members on the Google One app → https://t.co/Vmjvu9PF1Q pic.twitter.com/D6PcbSc3Uj

Original-quality media uploads have been available ever since Google started its Photos service. What's new is that Google One users can adjust upload quality right from their One app going forward, without having to head to the Photos app itself. It's unclear why Google decided to move this to yet another place after recently removing Photos access from Drive, citing user confusion — scattering backup options certainly won't help, especially since that's a topic most people like to avoid thinking about. The company also doesn't clearly state if these original quality backups will count towards your storage quota, but it's pretty safe to assume that they will unless you own a Pixel phone.

MMS backup, on the other hand, might be a welcome addition to people who still prefer regular text messages over app-based messaging services and would like to easily carry over their old conversations and sent media from one device to another. 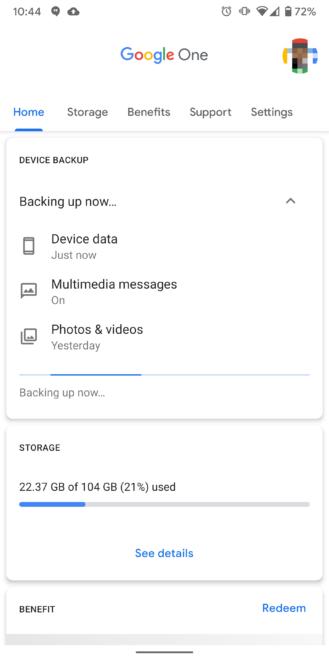 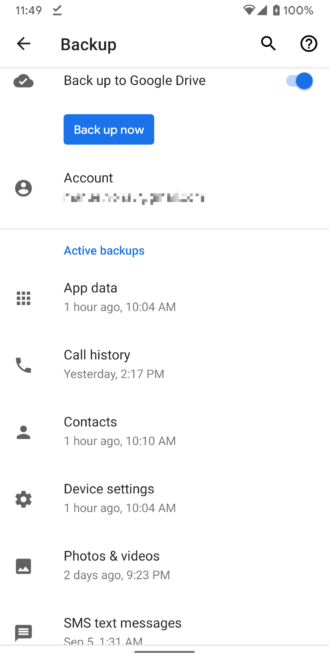 Backup options will show up in Google One's home screen going forward. You can always manually force an upload, but your data should be periodically updated without requiring direct action. Of course, regular, free backup functionality is still available in Android Settings under System > Backup.