Earlier this month, a report from The Information claimed Google was preparing to overhaul its shopping services — including Google Express. Now the company has officially announced the merging of Shopping Search and Express into the new Google Shopping.

On the surface, the new Google Shopping is similar to the existing Shopping Search: you search for a product, and results appear from multiple retailers across the web. However, some products will have the option to be purchased straight from Google (translation: purchase through the former Google Express), where Google handles returns and other buyer issues. 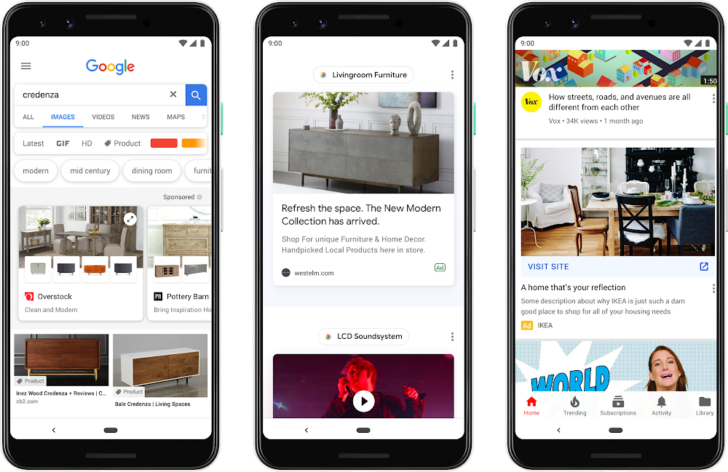 The other major component to Google Shopping is integration with other products from the company. You'll soon see links to relevant products in Google Images, Google Feed, and even YouTube. For example, searching for pictures of a certain piece of furniture on Google Images may return Shopping results.

The Google Express app should get an update soon with the new branding, but that hasn't hit the Play Store yet. You can download the boring old app from the widget below.

The short version is that the Express app will be either updated or replaced by a new Google Shopping app "in the coming weeks." Most of the same functionality you've come to expect from Express will be present, but you'll be able to compare and buy products sold by other stores as well (though a Googly multi-color add to cart icon will indicate products sold directly by Google). Local store product availability will also be added, presumably beyond any current implementations in Google Express.

When the transition is complete, you'll notice a new icon and logo:

The Google Express website will also be redirected to the new Google Shopping experience.

Google may have told us that we'd be seeing this transition happen over the weeks to come, but it looks like some of the broad strokes are already being cast, and today the Google Express app in the Play Store has been renamed to Google Shopping.

The new Google Shopping app is available for download now, and existing Express users should see the change next time they update. The package is also available on APK Mirror, should you want to sideload.

MoviePass is shutting down tomorrow, parent company hopes to find a buyer