YouTube TV is yet another service that helps you cut cords without forgoing live programming altogether. With the latest update to the app on platforms like Android TV, Apple TV, and Roku, Google makes it feel even more like regular TV by autoplaying recommended content when you open it, along with giving it a revamped, neater guide. The new features are starting to roll out.

On Reddit, some YouTube TV subscribers noticed the more obvious of the two changes. The new guide interface is more reminiscent of on-screen guides of old, with clearly defined blocks for each channel and its programs. The gray boxes standing out in front of a black background should help users parse information more easily. A Google spokesperson confirmed that the design is here to stay on Reddit. 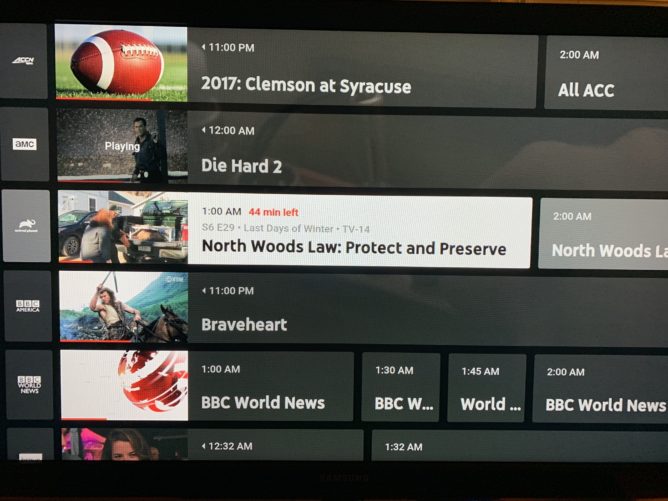 Other than that, the app now also automatically plays recommended content on startup, making it behave more like a regular TV box. It seems to intelligently choose a recommended channel, allowing you to start your TV flow with a program that's interesting to you. Should you dislike this feature, you can simply turn it off in YouTube TV's settings.

Both the redesigned guide and the autoplay functionality are rolling out via a server-side update to users at the moment. While you can't activate them manually, being on the latest release 3.36.1 might help you get them faster. You can sideload it via APK Mirror if it isn't available on the Play Store for you yet. Most users report seeing the new features on Roku and Apple TV, so it might take a while until it hits Android TV widely.