Pixel 4 leaks just won't stop. Over the last couple of days, we've seen a multitude of photos and videos showing the phone in the wild, giving us a good idea of what it looks like and which hardware is built in. Another leak courtesy of YouTuber Brandon Lee offers us a glimpse at some hands-free gestures coming to the Pixel 4 thanks to radar-based Soli technology. Following him, Evleaks published a high-quality render of the phone's front with an October 15 date on it, suggesting it might launch that day. 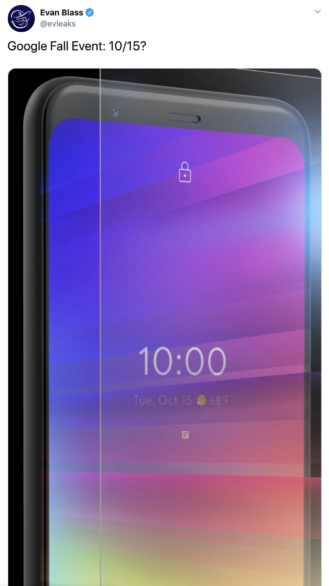 Evleaks' image is likely coming via a screen protector manufacturer. The most interesting tidbit is the October 15 date shown on the display. Google has historically announced new hardware on Tuesdays, and although October 15 seems a little late compared to previous Pixel events, leaked Pixel 3 screens also showed their respective launch dates, so it's highly likely the fourth iteration will be unveiled then.

Additionally, radar hardware has been in the works at Google for years in the form of Project Soli. The company apparently feels confident enough that it will ship the Pixel 4 with it. While Google's early prototypes allowed for extremely delicate gestures, the flagship supports more broad movements that are easier to recognize and remember. Lee's video offers us some insight into them. They'll be collected under the "Motion Sense" section in the Pixel 4's settings. To get a better sense of the gestures, take a look at the video below.

Just as we've seen in Google's official Pixel 4 video, you can skip songs by waving to the right in front of the phone. To listen to the previous title, you move your hand to the left. In Motion Sense's settings, you can choose to invert these gestures if that's more comfortable for you. 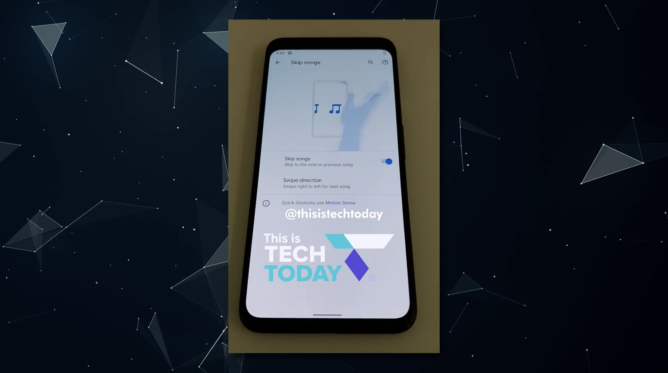 Should you want to silence the phone when an alarm goes off or when someone calls you, you can wave a dismissive gesture in front of the screen similar to the ones for skipping songs, but Brandon says you can also achieve that by "swatting at it like a cat." 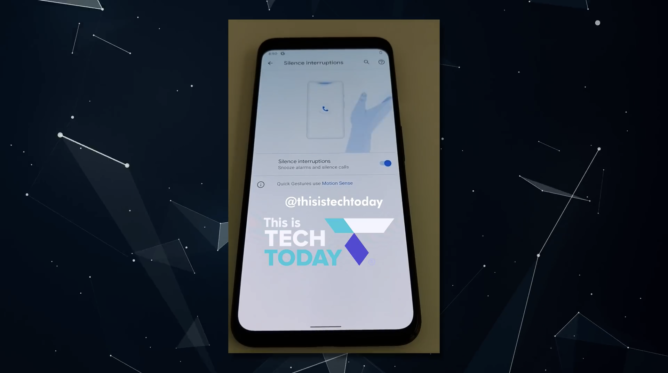 To see the lock screen, notifications, and time while the Pixel 4 lays flat on a table, you can hover over it with your hand to activate the display. Additionally, the phone can recognize when you're near it and only turns on Ambient Screen when that's the case. It's unclear if there's a security check involved – maybe it verifies your identity through face unlock before activating the display. 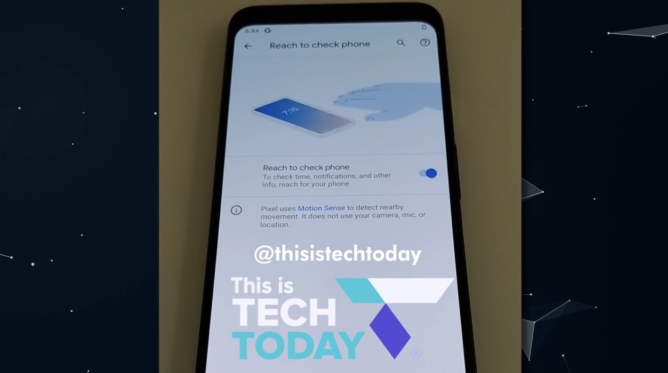 There's a disclaimer within the settings reassuring users that Google doesn't use the camera, the mic, or location to sense your proximity. That's an improvement over similar features from other manufacturers like LG or third-party apps that rely on the front camera to achieve air-gesture functionality. All of these gestures can be toggled on and off individually, just as Motion Sense can be turned off altogether, too.

Unfortunately, an earlier Best Buy leak suggests that Motion Sense won't be available everywhere, probably due to regulatory issues surrounding radar technology. Japan is known to be excluded, while Best Buy says that the feature works "in the US, Canada, Singapore, Australia, Taiwan, and most European countries."

[Update: Fixed] The My Verizon app is causing call delays on Android 10 devices