So, you've bought into Google Stadia with that $130 Founder's Edition kit, you've got enough internet pumping in and out to blast 4K HDR games without the console, and you're just about to explode with all the titles set to come in the next year. All you're waiting for is the word "go," and so far, we've only been given the word "November." But a couple of clues have recently popped up in the Stadia subreddit in the hopes of letting us mark down a specific day on our calendars. 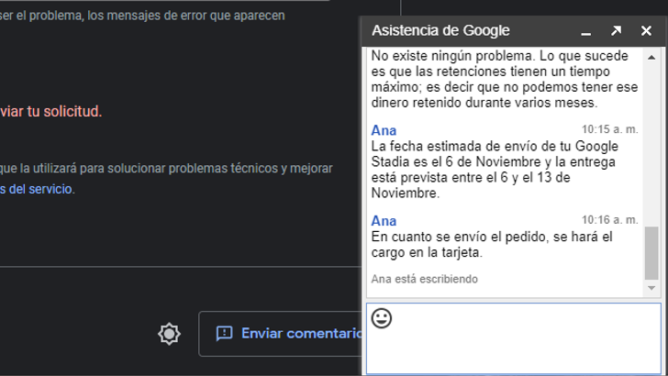 Exhibit A from user Block666 is a short transcript of a conversation with a Google Store Spain customer service representative saying that their particular Stadia equipment order would be shipping on November 6 and would be delivered by November 13. It wasn't clear what the user ordered, though. 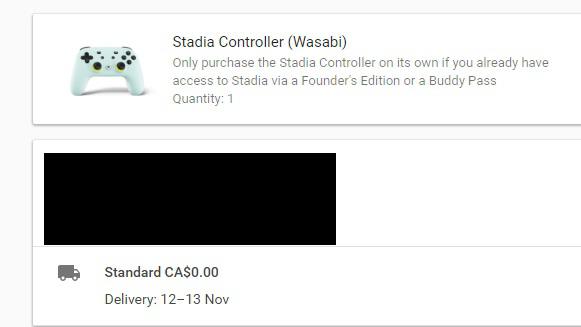 Add to that this Exhibit B from Scarr64 which shows a Google Store Canada order for a Stadia Controller in a Wasabi finish being listed for delivery on either November 12 or 13. A few days ago, Google had told redditors that the light green color would be available in more colors — including Canada — leading this user to rush in an order and, thus, generating a delivery date. We've made a few attempts at the Google Store today in Canada and Sweden and were not able to see a specific date, just that our order "ships in November."

If these sneaky peeks hold true, this gives us a good idea of when to expect those Chromecast Ultras and Stadia Controllers to arrive at people's doorsteps. Just keep in mind that that date and the day on which Stadia will officially launch may not be one and the same. Patience remains best in practice here.

Midweek deals: Save on Nokia budget phones and a bunch of Bluetooth audio gear