Many of you are probably familiar with the ASUS Chromebook C434, which we found to be a great 360-degree laptop in our review earlier this year. For those of you who don't need a touchscreen, though, ASUS introduced the C425 about a week ago. It's already been discounted by $100 to $399.99 on Amazon. 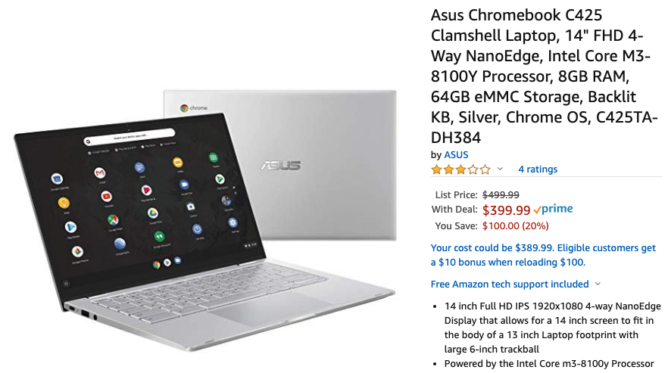 A $100 discount is pretty aggressive for a brand-new Chromebook, but the C425's available on Amazon right now for $399.99. Amazon also advertises free tech support, which we're guessing you guys probably don't need. Hit the link below to pick one up.