Apple just announced its fifth-generation Apple Watch, and no surprise, it puts Google's Wear OS ecosystem to shame. Even with a headstart on wearables, Google has made such slow progress that Apple easily dominates the market. With the Series 5, Apple has adopted one of the last features that set Wear OS apart. We've waited years for Wear OS to click, and it's simply not happening. It's time for Google to rethink its approach to Wear OS before it slides completely into irrelevance.

Until now, the Apple watch had no always-on display option. So, you'd have to raise your wrist to wake it up and see the time. I always thought it looked a bit silly to have that blank square on your wrist all day, and the option for an always-on display is one of the things I liked about Wear OS. Now Apple has that, and the Series 5 gets the same 18-hour battery life with the display on as the last-gen got without that feature. An ambient display all by itself will make the watch look nicer. I know what you're thinking: The Apple Watch still isn't round, so it doesn't look like a real watch and is therefore ugly. I'll be the first to admit that I don't love the look of the Apple Watch, but I have no choice but to admit I'm in the extreme minority at this point. You can't go anyplace without seeing Apple Watches, and I don't remember the last time I saw someone wearing a Wear OS watch. People don't care that the Apple Watch isn't round—it has a very particular style, and it's one that people have embraced. And if we're being honest, it's easier to press buttons on a square watch display than a round one. 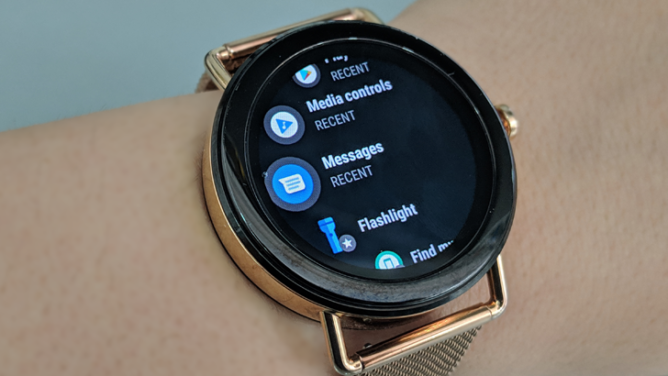 It can be harder to press buttons on a round watch, and people have grown to like the Apple Watch's look.

Google rolled out a modest Wear OS redesign a few months back with "Tiles," so it's still trying at least. It's just hard sometimes to believe Google cares enough about its wearable platform. You don't have to look far to find myriad complaints about Wear OS from users. Why is Assistant so slow? Why is it showing me old notifications? Why is my watch freezing? Why is my battery draining in two hours? The answer, almost invariably, is that Wear OS is just like that sometimes. After all this time, Wear OS is also still lacking some basic features like automatic workout tracking. Despite the new design, Wear OS development is painfully slow, and the audience is smaller than ever. Fossil is completely propping up Wear OS; all the established smartwatch makers have left Wear OS behind.

Imagine for a moment that Apple expanded Apple Watch support to Android. It won't, but just think about what would happen. Most likely, that would be the end for Wear OS overnight. People who use the Apple Watch genuinely like it, and people who use Wear OS just do so because it works with their phones. If a competing product can completely crush you by expanding device support, that's a sign your product isn't very good. 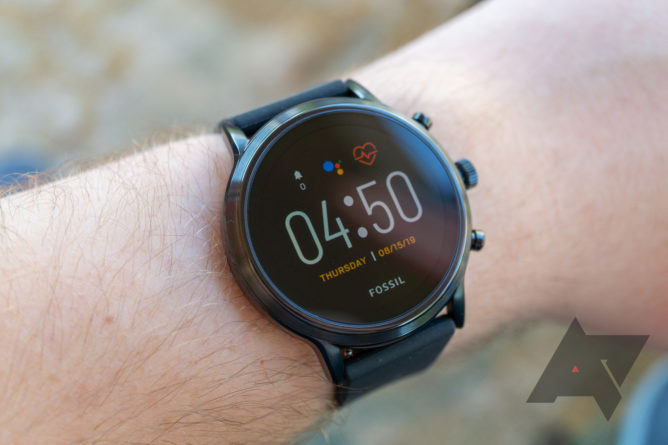 Google is not solely to blame here. Qualcomm's slow pace of chip development is a factor—it might even be the main factor behind the scenes. One of the reasons the Apple Watch is so good is that Apple designs its own chips specifically for wearables. So, perhaps Google doesn't have the tools it needs to make Wear OS a viable platform. Although, Google should know that. Why spend years developing an operating system that needs more capable hardware than you've got?

It's time for radical changes, and maybe that means ending Wear OS in favor of a more limited approach to wearables; one that takes into account the state of the hardware. Or perhaps it means a Pixel Watch is the only way forward. Google makes its own smart displays, Chromebooks, smart speakers, and smartphones... so why not its own smartwatch?

Wear OS is not doing anyone any good in its current state, except maybe Fossil. I don't think Google should abstain from making a Pixel Watch just so Fossil can keep selling the same mediocre watch in ten different body styles generation after generation. Honestly, the only reason for Google avoid making a first-party smartwatch at this point is that it doesn't believe in Wear OS as a platform.

OnePlus promises to stop killing apps in the background