Xiaomi is in a bad spot right now. Revenues aren't growing as fast as investors want. Competition in a saturated smartphone market is stiff. And software sales and service fees just aren't stacking up. Part of that formula comes from the ads plaguing its MIUI software experience from embeds in the web browser right down to the settings. Now, the company is beta testing an ad-free experience that may end up in the final update to MIUI 10.

XDA-Developers reports that the latest version of the beta for China, v9.8.29, includes a settings toggle for system advertising. Machine-translated fine print explains that the ads help fund Xiaomi software development and that users may choose to shut them off if they are bothersome. 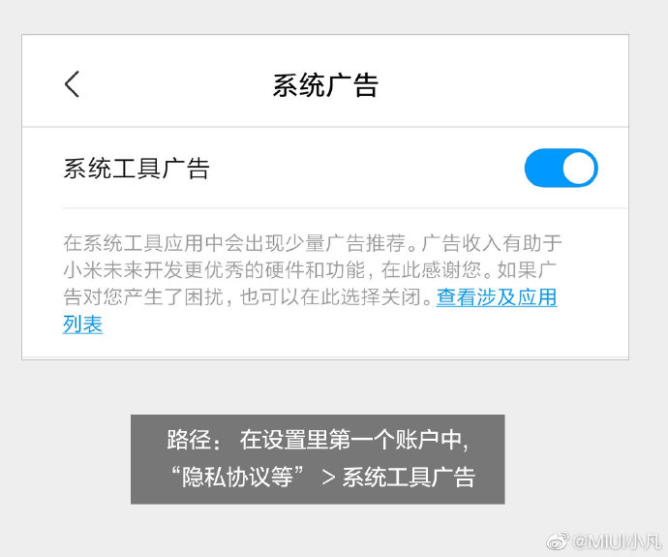 MIUI's chief product director wrote in a Weibo blog post that this beta update is contributing to the last publishable update before the final MIUI 10 release and that the toggle will likely be carried over. The toggle was a result of the development team's review of system-side advertising which has generated some other changes as well — another example is a new "minimalist" mode in the native web browser. Still, this toggle should remove ads from the desktop, calendar, weather, and other places.

We've seen for ourselves how cluttered the experience has been for Indian Xiaomi phones where the company has been able to sell ads. Obviously, a better user experience goes a long way toward building loyalty, but how that converts to corporate sustainability leads is a path we'll need to explore at some point.