Back in April, our friends over at XDA found an unfinished app called Pixel Themes hidden in the then-new Android Q Beta 2. We didn't hear anything about this app for months, but now that a new app called ThemePicker's been uploaded to AOSP, we've gotten a better look at it.

This isn't a readily installable app; XDA had to mess around with it for several hours to get it even partially working. Luckily, an XDA developer found a Google Photos album link with several screenshots of ThemePicker in a commit, revealing that it shows up as "Styles & wallpapers" in the app drawer and in the Pixel Launcher's long-press menu. ThemePicker's strings indicate that it will be able to customize the lock screen and ambient display clock, the Pixel Launcher's grid size, lock screen and home screen wallpapers, accent color, icon shape, and font. 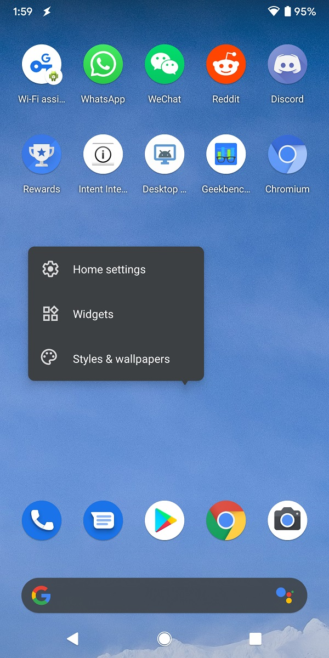 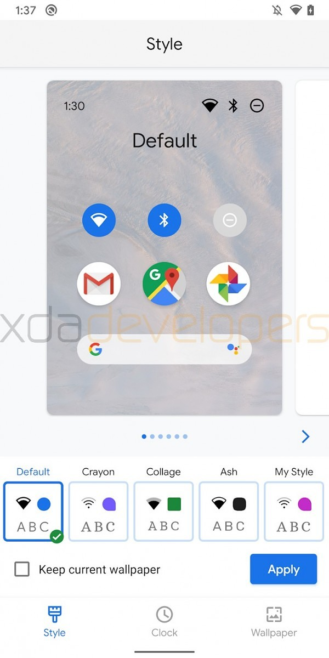 It looks like the app comes with three preinstalled themes: Crayon, Collage, and Ash. Crayon uses purple accents, the Arbutus font, and circular/teardrop icons; Collage uses green accents, Arvo and Lato fonts, and filled icons; and Ash uses black accents, the Rubik font, and rounded/squircle icons. These themes were previously codenamed Reiko, Johanna, and Anthony, respectively, which is why the names differ in the slightly older screenshots below. You'll also be able to make your own theme, of course. 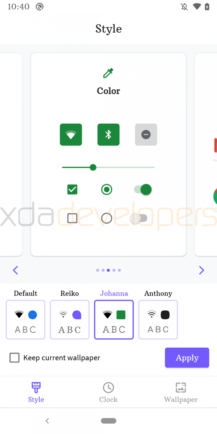 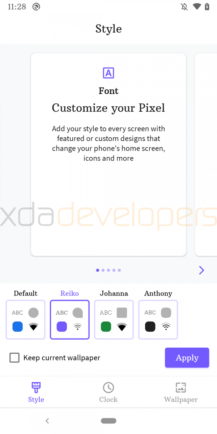 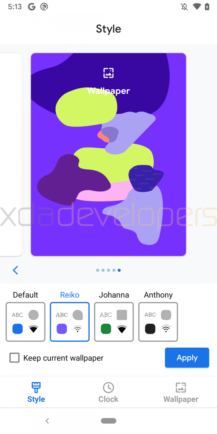 After playing with the software, an XDA developer was able to get the grid customization and clock customization mostly working, but only over AOSP Android 10/LineageOS 17. The grids offered are 3x3, 4x4, and 5x5, and you can see the clock types below as well. However, the text clock displayed below was manually added and will not appear in the actual Pixel Themes app. 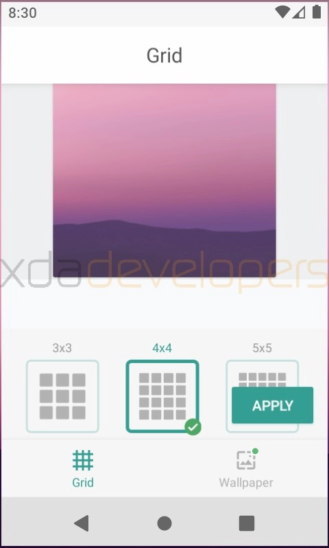 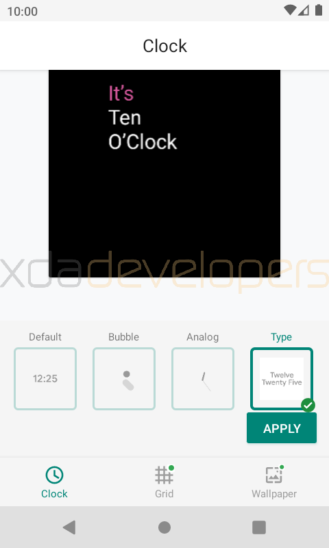 We're expecting this ThemePicker app to launch as "Pixel Themes" with the Pixel 4. Pixel phones have traditionally been announced in October, so we're not too far off from getting a full look at this.

Leaked Pixel 4 TV commercial showcases its gesture controls and camera with the most Googley ...