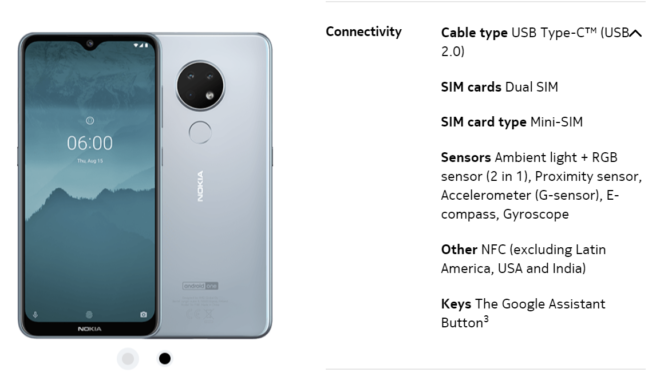 Spec page for the Nokia 6.2 prior to its correction, describing NFC market omissions.

Previously, the online listings for both the Nokia 7.2 and Nokia 6.2 describe both devices as excluding NFC in all three markets (in Full specifications -> Connectivity for both pages). Following the publication of the original story which pointed this out, we were contacted by Chief Product Officer Juho Sarvikas, who explained it was an error in the listings. NFC will only be missing in India. 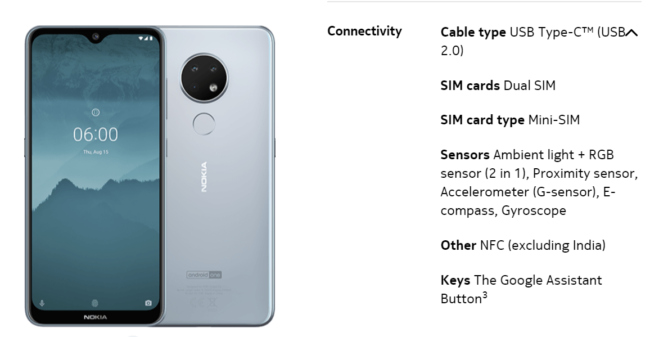 Current spec page for the Nokia 6.2.

Those of you in the 'states hoping to pick one up won't have to weight your decision regarding NFC: the phone will have it.

It turns out that the published spec sheets for the two phones were in error. Chief Product Officer Juho Sarvikas explained the mix-up on Twitter. NFC will only be omitted from the phones in the Indian market, the US and Latin America will get NFC.

Hey guys! There is an error in the spec sheet. We of course have NFC for US & LATAM.

Our coverage has been updated with this information.