Motorola doesn't cater to the high-end market as much as it used to. Today it focuses on affordable smartphones instead, providing a huge range of wallet-friendly options. In addition to presenting the Motorola One Zoom during IFA 2019, the company also announced its latest E-series product, the Moto E6 Plus. Just like the E5 Plus before it, it's a minor upgrade over the regular E6 and is certainly the more powerful and premium-looking of the two, if you don't mind a notched display.

The phone doesn't give the impression of an inexpensive product when you see it from a distance. Its plastic back (available in blue, gray, red, and cherry) has a beautiful gradient finish to it, making it appear like glass. The dual camera is a welcome addition both for looks and taking portrait images with a bokeh effect, thanks to the secondary depth sensor. It also makes it look a bit more premium – not too long ago, only flagships received multiple rear cameras. 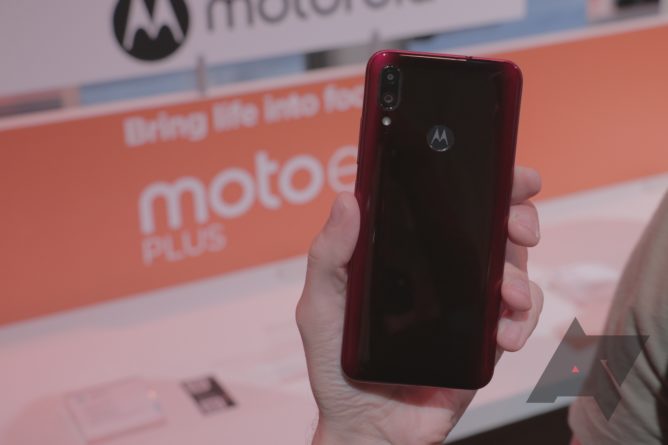 When light hits the Moto E6 Plus just right, it looks like it has a glass back.

Its inexpensive nature only becomes apparent when you move closer. The backs of our hands-on units were already scratched up, even though we were among the first to take a look at them. Plastic is soft, and that becomes even more obvious when you try to imitate glass. Once you pick up the Moto, you'll notice it feels light for a device with a 6.1-inch display, almost toy-like with its lack of heft. The LCD screen only further emphasizes this impression —  it doesn't get very bright and its colors look rather dull. 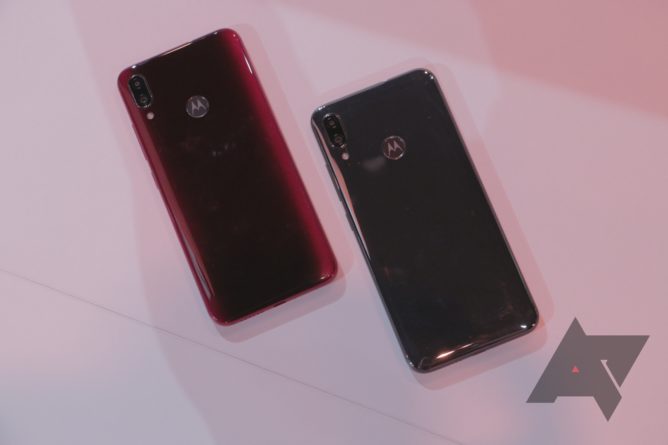 Take a closer look. You'll see scratches on the right bottom corner of the gray model.

Using it, I was surprised how snappy the Mediatek P22 processor was for the price. While it's slow compared to high-end flagships, it certainly didn't struggle when I switched through a number of apps. I'd argue strongly in favor of the version with 4GB of RAM over the one with 2GB — that little just won't give you an enjoyable experience these days.

The Moto E6 Plus lacks support for some of the gestures Motorola phones are known for. I couldn't invoke the flashlight with the trademark chop gesture, which is a bummer, but understandable at the price point. We can't say the phone doesn't have some tricks up its sleeve, though. Its 3,000mAh battery is removable, so if you're able to get your hands on a replacement, you won't need to schlepp a heavy, inefficient power bank around. The addition of a headphone jack is highly welcome, too – I'm still bummed we have to celebrate that as a selling point these days. 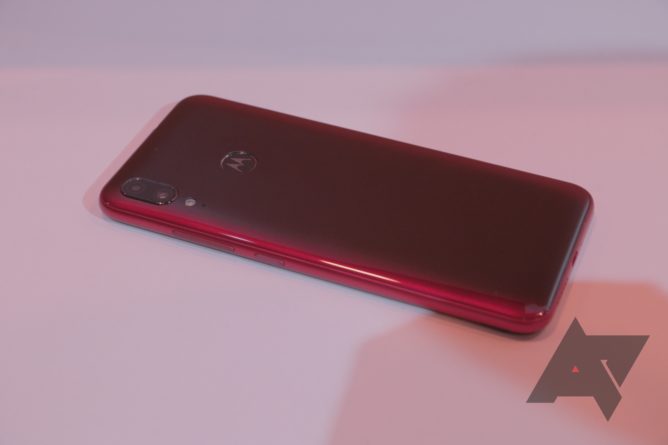 Even keeping the device's flaws in mind, it's pretty capable considering its €140 (~$155) price tag. Its design allows it to stand out of the crowd and makes it look more premium than it is, for what that's worth. If you're someone on a budget who doesn't need to have the latest and greatest, you could be very happy with it for a quite a while, but you should understand the tradeoffs and flaws before buying it.

The Moto E6 Plus is already available for purchase in Latin America and will come to Europe later in September. After that, it's slated to come to Asia Pacific.

How to use assignable reminders on Google Assistant