Outside of the TV market, TCL isn't a very well-recognized company. Many find themselves surprised to learn that it develops and produces a significant number of smartphones under names like Blackberry, Alcatel, and Thomson. TCL has decided that it wants people's eyes on its own brand going forward. At IFA, the company announced the first phone to bear its name, the TCL Plex. Surprising capable hardware coupled with a low price (around $365 in Europe) could help it stand out among the plethora of other mid-range phones – if TCL manages to advertise its product effectively. 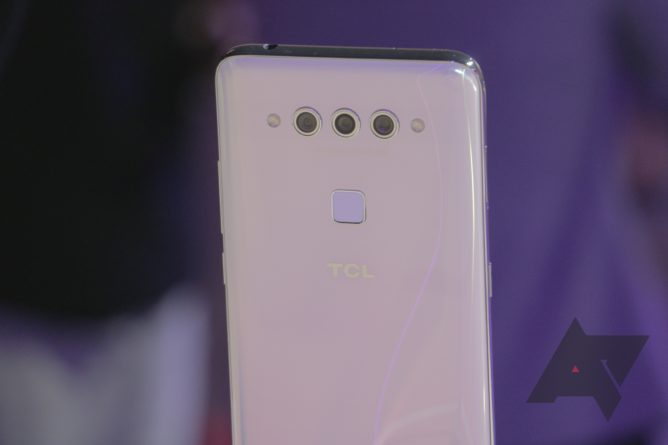 The back looks clean and understated.

The Plex is clad in glass front and back, surrounded by a metal frame. While there is a rather big 'chin' at the bottom of the display, it forgoes a notch in favor of a round camera cut-out on the top left it calls "dotch." On the rear, three camera lenses are neatly arranged in a horizontal line, flanked by two flashes. The fingerprint sensor sits right underneath in an easily reachable spot. Just like many Motorola and LG phones, the TCL Plex has a dedicated side button that allows you to quickly invoke Google Assistant. You can also reprogram it to other functions, like TCL's SDR to HDR display mode.

Holding the phone in my hands, it feels sturdy, heavy, and just all-around well-built. It's pretty big, though it's not nearly as unwieldy as the OnePlus 7 Pro or the Samsung Note10+ (just like those two, however, it's a fingerprint magnet). The Plex comes in two colors, black and white, but they have a twist – the glass has prisms worked in that change colors depending on how light falls.

Being a TV manufacturer, TCL touts that its 6.5-inch LCD display is one of the best and most color-accurate in the industry. Looking at it, I felt this claim isn't far off. Even though it uses LCD technology, the black levels are great. Judging from the harsh exhibition hall lighting, it almost looked as though the display went fully black in dark scenes, something you usually associated with OLED screens. It also has some tricks up its sleeve. Like a lot of Apple devices, the display changes its white balance based on the surrounding light to make it behave more like a piece of paper – that's what TCL said, anyway. It was hard to test in the brightly lit hands-on area. 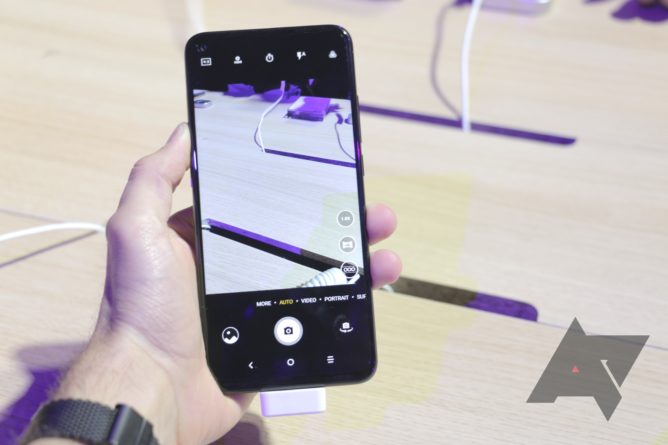 The camera interface is reminiscent of the one in Google Camera.

The Plex uses Sony's 48MP sensor with an aperture of f/1.8 for its main camera along with a secondary wide-angle Samsung 16MP f/2.4 lens. They're joined by another 2MP f/1.8 camera that's specifically meant for shooting low-light videos. From what I could test, both the video and photo low-light modes seemed pretty capable. While the results were darker than my Pixel 3's image, the colors looked much more accurate.

Just like many other Chinese manufacturers, TCL uses a custom UI on top of Android 9 Pie. It feels pretty light in contrast to something like Xiaomi's MIUI, though, and while it has quite a few design elements that differ from stock Android, it still seems to be nearer than Samsung and the like. For what it's worth, a spokesperson told me that TCL plans to release Android 10 for the Plex in January. 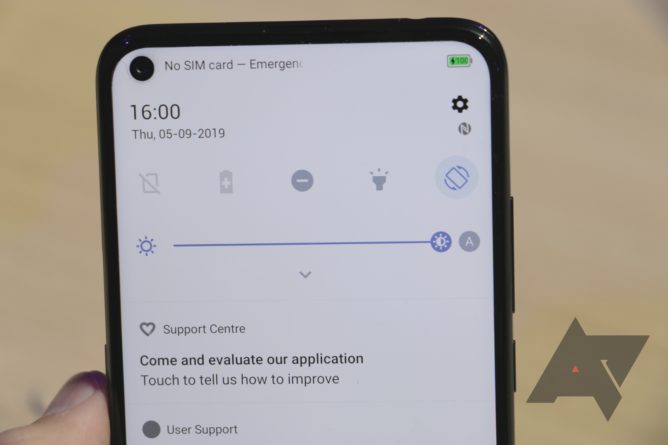 The Plex uses a custom UI on top of Android, but it's still closer to stock than some other manufacturers' UIs.

Thanks to a partnership with Bluetooth software provider Tempow, the Plex is capable of connecting to up to four speakers or headphones at the same time. It offers individual volume levels for each device. This might be useful for watching a movie with your significant other while on a plane or train, though you could just use a 3.5mm splitter to achieve the same. Still, it's always good to have options, so it's nice to see a headphone jack on the Plex in the first place, just like its FM radio function could be useful to some.

TCL is certain that it'll be able to enter the smartphone market with the help of its well-regarded TV brand, and it tries to stay true to its principles: providing a great experience at an affordable price point. And TCL should know how to build a capable device — it sells tens of millions of phones every year through brands like Alcatel. The Plex's success probably lays in the hands of the marketing team, because while its name might be recognizable in the TV world, that isn't the case in the mobile sector just yet. 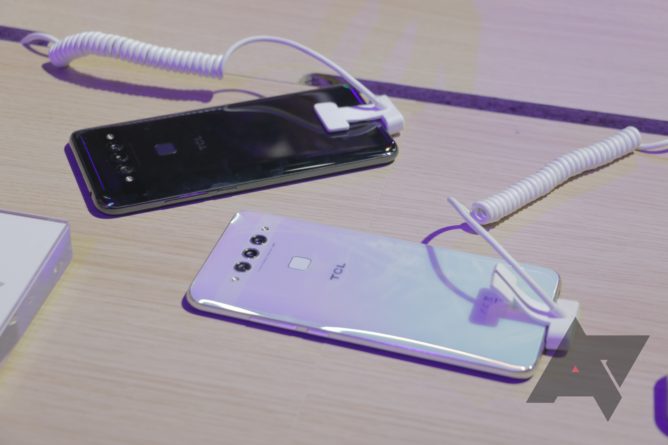 Both the black and the white model are fingerprint magnets.

Unlike other Chinese manufacturers, TCL will focus on the European market from the get-go. The Plex will roll out in select countries, starting with Germany on October 18, with Spain, Portugal, and Turkey confirmed to us as the Plex's next stops. It will retail at around €330 depending on taxes. There is no word on US availability yet.