LG seems really invested in making Dual Screen cases for its phones, expanding the amount of real estate available to smartphone users while bypassing the engineering requirements of a folding phone. There's one for the V50 and one for the sorta all-new G8X that just debuted at IFA 2019. But there's one detail that about that Dual Screen case for the G8X that seems particularly fishy and quite ugly.

We actually discussed the G8X's Dual Screen case during this week's episode of the Android Police Podcast and it was only happenstance that we pointed it out. While our David Ruddock didn't mention this in his hands-on of the phone, we (and commenters) noticed that the case's second screen has a notch mimicking the G8X's own.

The screen you see on the right is of the G8X's and its display notch contains the selfie camera. On the left side, you'll find the Dual Screen case's embedded display. It also has a display notch, but it doesn't appear to serve much of a purpose. At the very most, the protrusion could contain a proximity sensor so that individual display can shut off when something gets too close to it.

Arguably, such a sensor isn't needed when the phone itself feeds all the necessary information to the case to do what it needs to do. If anything, LG's UI team may have decided to keep the notch coded in for the extra display. You know, that's how symmetry apparently works. 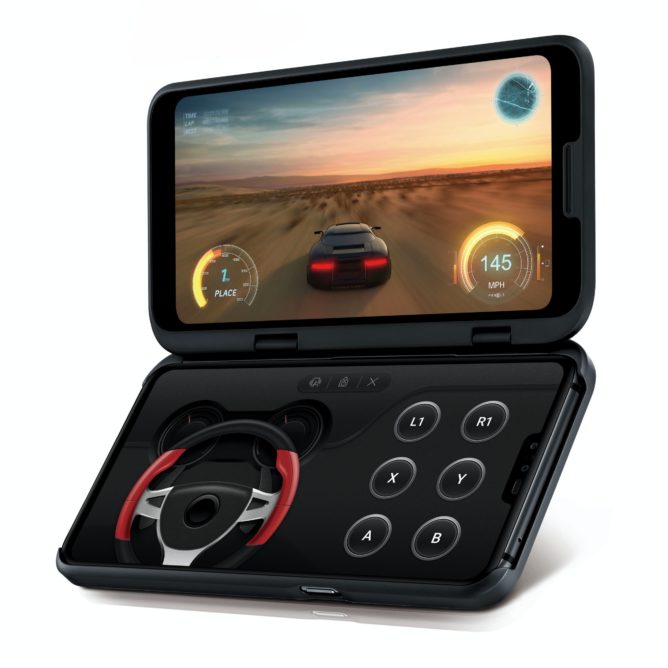 If you think LG went a bit too far for symmetry's sake, you may be right — no matching notch was placed onto the V50's Dual Screen case (above).

[Update: Mate X, too] Huawei Mate 30 may be forced to launch without Google apps and services