Google in 2017-2018: "Whiten all the things!" Google in late 2018-2019: "Darken all the things!" Things have evolved from the eye-searing white and every few days, we see a new app embrace its darker side and offer a black or dark grey mode for sensitive eyeballs and AMOLED displays. The latest to test the waters of a dark mode is Google Drive.

Right around the time Drive received its new Material update last month, we got a couple of tips of a dark mode. We knew Drive was working on it, but thought its appearance for some users might have been a bug or unintentional rollout, as the majority didn't have it and there was no way to activate it. But starting yesterday, more users seem to be getting the dark theme. Our tipsters have it, and so do a few people on Reddit. 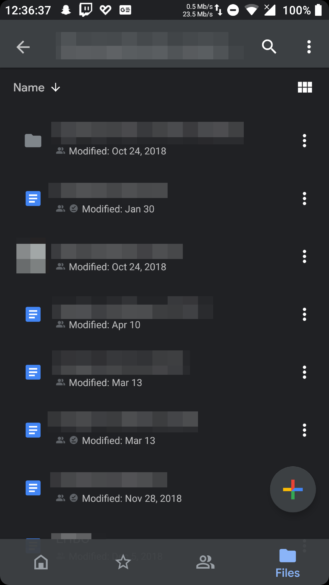 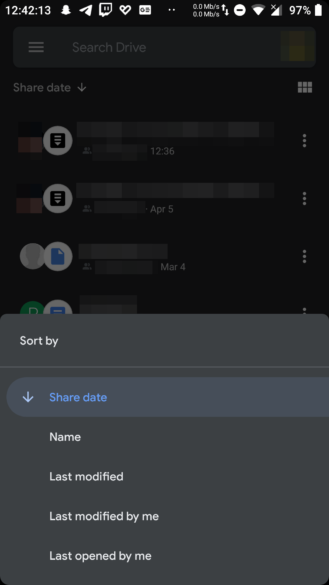 As you can see, the entire interface is flipped around and all menus have been properly themed. Notably, there don't seem to be any issues with text readability like we saw with Google Photos' dark mode. 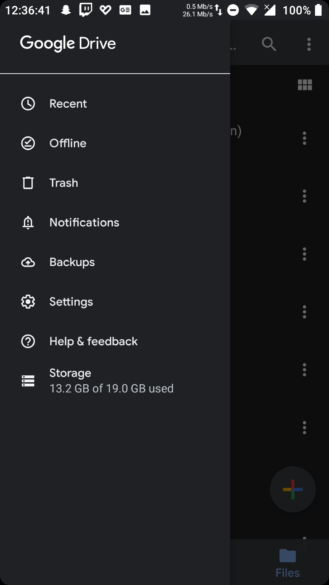 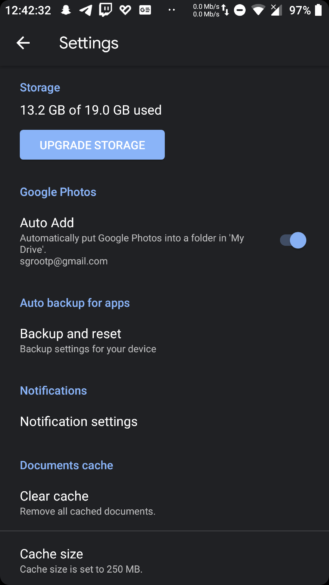 Since this is a server-side change, you will only get this when Google deems your device worthy. Your odds are improved if you're running the latest v2.19.132.06, which you can get from the Play Store or APK Mirror, but nothing is guaranteed. I have that version and all I see is the dark splash screen before Drive opens (using Battery Saver to trigger it on my Pixel 2 XL on Q beta 2) then the app switches to a white interface.

Although there was a workaround to get Drive's dark mode on any device, it was a complicated process. Now, the mode is officially available according to the app's changelog and should be live for everyone, without any hijinks, in the latest version. It's a slow rollout though, so you need to grab version 2.19.192.05 from APK Mirror if you don't have it. If you don't see the dark mode right away, force close the app then reopen it, that did the trick for me.

Dark mode for Google Drive has been accessible in one form or another for months, but this week we've been receiving a large number of tips from users who are discovering that they now have the ability to manually toggle Drive's dark mode.

This increased availability seems tied to the release of Drive v2.19.332.01, published September 4 and available on APK Mirror.