Portable projectors are great for impromptu movie screenings, and Anker's Nebula Capsule line comprises some of the best. They're priced accordingly, though; the Capsule II is a whopping $580 at full price. But not today! Amazon's got the projector for $412.49 right now — $167.50 off.

For your $400 and change, you'll get 200 ANSI lumens of brightness, and a 720p picture up to 100 inches, diagonally. The Capsule II also runs apps natively, so there's no need to connect to an external source to stream from the likes of YouTube or Hulu. In his review, Corbin praised the projector's design and software. 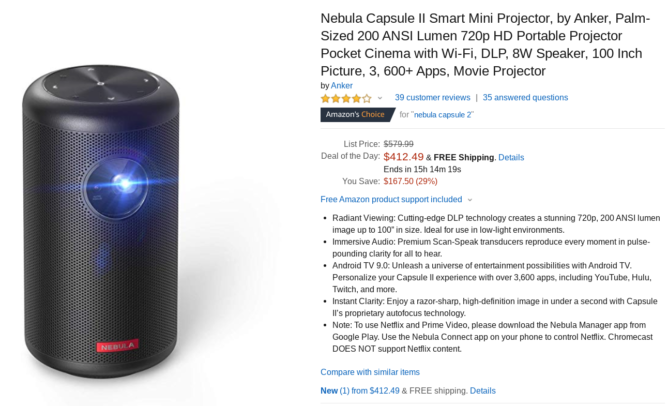 If you want something similar for less, the original Capsule is on sale, too: it's $223.99, down from its usual $349.99. It's not as bright, though, at 100 ANSI lumens, and its image is sub-HD at 480p. Either way you want to go, get a move on; these prices are part of Amazon's Deals of the Day, so you've only got until midnight, Pacific time to take advantage. 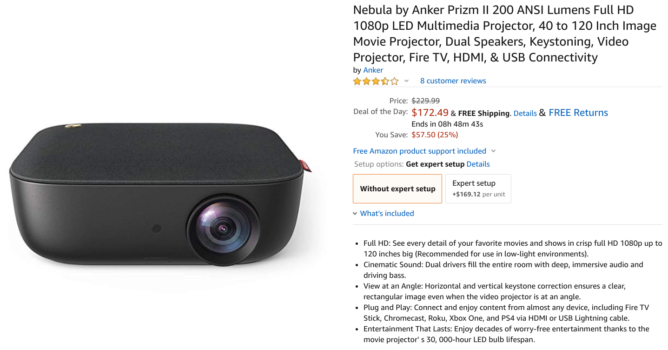 If that sounds like your bag, hurry over to Amazon to pick one up.

How to use assignable reminders on Google Assistant