Last month we learned that the construction management sim Tropico was finally coming to Android, and today I'm here to let everyone know that the title is officially available on the Google Play Store. Despite its name, this is actually a mobile port of Tropico 3 that has been available on iOS since 2018, and today Android users can finally get in on the fun, all thanks to Feral Interactive.

As you can see in the trailer above, Tropico is a construction management sim, much like the Sim City series, but of course, you can expect an amusing theme that offers a tongue-in-cheek presentation of a semi-democratic banana republic. That's right, if you so choose, you can rule the island of Tropico with an iron fist, or you could take a moral approach to try and create a paradise. The choice is yours, which is what makes the game so fun.

Now, you may be wondering how this port performs, and luckily I've had a chance to test the game and am glad to report that it's optimized very well. After testing on an OP6T and GS8+, I can confidently say that I didn't run into any performance issues. Of course, this is still a demanding game, which is why Feral offers a supported device list in the game's Play Store description (and can be found in the PR linked below). It's also worth pointing out that this is a game best played on larger screens, though it's still serviceable on a phone.

The touch controls work well, and there's a multitude of ways to tilt and zoom the camera, though this can feel a little awkward at first. But once you get a little more comfortable with these controls, they simply fade into the background as you concentrate on growing the island. Sadly, controller support is nowhere to be found, so expect to spend a lot of time interacting with your screen.

Since Tropico is a Feral Interactive port, you can expect a premium game priced at $11.99, which is slightly more expensive than the Steam version, though I'd say the cost is well worth a quality port optimized for Android. There are no in-app purchases or advertisements to be found, so once you purchase the title, you're free to rule Tropico as long as you'd like.

Worthwhile construction management sims can be difficult to find on the Play Store. The majority are free-to-play and are filled with in-app purchases, so it's nice to finally have a new option that offers console-quality that's free of the typical monetization expected of a mobile release. This is why I appreciate Feral's ports, and why I'm happy to plunk down $11.99 for Tropico. After all, this is a game that offers 25-hours of gameplay, and that's just the story mode. There are honestly hundreds of hours of fun to be had for those that really want to dig in. So if this sounds like something that would interest you, you can purchase Tropico through the Play Store widget directly below. 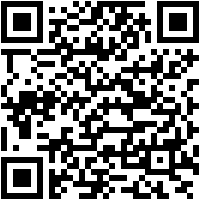 TROPICO OUT NOW ON ANDROID

Feral Interactive today announced that Tropico, the strategic city builder and humorous dictator sim set on a Caribbean island, is out now on Android. Based on the acclaimed series originally published by Kalypso for Windows PC, and previously brought to iPhone and iPad by Feral Interactive, Tropico is a premium game with no in-app purchases.

Fully tailored to and optimised for mobile, Tropico features intuitive touch controls and an easy-to-navigate user interface that make it smooth and simple for players to issue edicts, erect monuments, develop their island, and admire their sun-drenched handiwork.

A new trailer for Tropico on Android is viewable now.

Tropico requires Android 8.0 (Oreo) and is supported on the following devices:

For logos, other game graphics and a full list of features, visit the Feral Press Area for Tropico. If you don’t have a login for the press area, email [email protected]

Kalypso Media's products include the Tropico series, popular with critics and players alike, the Dungeons series, the successful new Sudden Strike series, the tycoon saga Railway Empire and the fan favourite Dungeons 3. Since July 2018, the IP portfolio of Kalypso Media Group GmbH has also included all rights to the titles of the legendary Pyro Studios (Commandos, Imperial Glory, Praetorians). With Commandos 2 - HD Remaster and Praetorians - HD Remaster, the redesigned versions of these PC strategy classics will be released in Q4 2019. The launch of the PC version of Tropico 6, released in March 2019, was the largest launch in the company's history. The console versions will follow on 27th September 2019. In addition, the Tropico franchise is also available for the first time on mobile platforms with Tropico for iPad/iPhone. A new IP, Immortal Realms: Vampire Wars, will release on PC in September 2019 and on consoles in Q1 2020. Spacebase Startopia and Port Royale 4 have also been announced for release in Q3 2020 on PC, PlayStation®4, Xbox One and Nintendo Switch.

More information about the Kalypso Media Group is available at www.kalypsomedia.com.

About Feral Interactive
Feral Interactive is a leading publisher of games for the macOS, Linux, iOS and Android platforms, founded in 1996 and based in London, England. It is responsible for such hits as ROME: Total War for iOS and Android, Tropico and GRID™ Autosport for iOS, Total War: THREE KINGDOMS, DiRT® 4™, Total War: WARHAMMER II, Life is Strange™: Before the Storm, A Total War™ Saga: THRONES OF BRITANNIA, Rise of the Tomb Raider®, Deus Ex: Mankind Divided, DiRT: Rally®, F1™ 2017, HITMAN™, XCOM® 2, Alien: Isolation™- The Collection, Company of Heroes™ 2, Middle-earth: Shadow of Mordor™ GOTY, and Empire: Total War™ for macOS and Linux, and The LEGO® Movie 2 Videogame for macOS. Visit the Feral Interactive website and find us on Twitter or Facebook.