Motorola's recent budget and mid-range offerings haven't been as compelling as in years gone by, but the freshly announced One Zoom is a different beast altogether. The highlight, of course, is the quad-camera setup on the back, something few phones in any price bracket can boast. The inclusion of an in-display fingerprint sensor and an OLED display make this the most feature-rich Motorola One phone to date. This also explains the higher price tag of $450/€429. Unlike the One series phones that have come before it, the Zoom won’t be an Android One device at all; not in any market.

The philosophy of the Motorola One range is to provide disruptive technology at a low price point, like the vertical video-hating One Action. At an MSRP approaching some very competitive phones from the likes of OnePlus and Honor, the One Zoom will need to make good on its promising spec sheet. The main camera among the four on the device’s rear has the same 48MP sensor as the One Vision and again uses pixel binning technology (Quad pixel in Moto marketing speak) to output 12MP images. With OIS on board, it’s also able to offer a Night Vision mode to improve the quality of low light images. 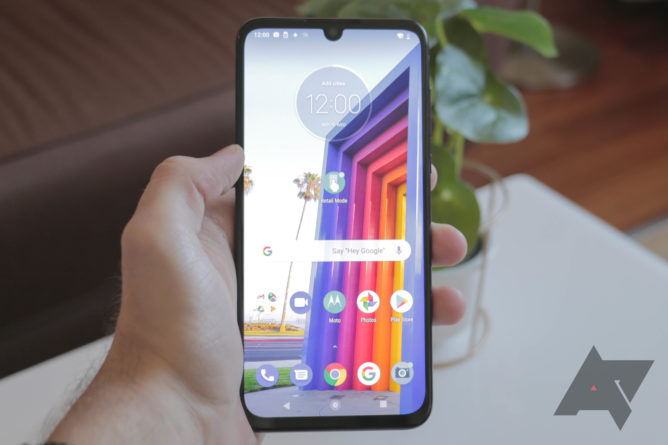 The main attraction, however, is the telephoto lens which is capable of 3x optical and 10x hybrid zoom with focal lengths of between 13-81mm. According to Lenovo, its research suggests that zoom, or the lack of a usable zoom function anyway, was a major pain point for smartphone consumers last year, and the company hopes to address this by marketing this product’s “high res optical zoom” — no confusing numbers involved. OIS is employed on the telephoto camera too, which should help keep things sharp when you’re zooming in.

Completing the lineup of cameras arranged in a square on the rear, we have a 117-degree ultra-wide and a dedicated depth camera for portrait shots. On the front, located within the waterdrop notch, there’s a 25MP Quad-pixel camera taken from the Vision. The display itself is a 6.39-inch OLED panel with an optical in-display fingerprint scanner that is supposed to get better over time, like a fine wine. The quality of the panel seems more than acceptable on the first impression, and it’s definitely brighter than the disappointingly dim One Action display. 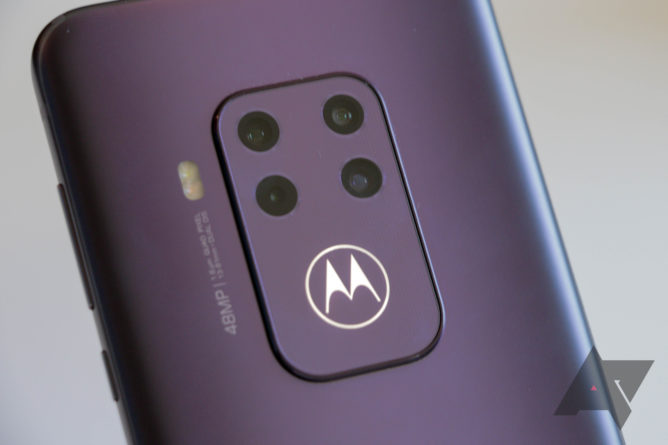 There’s one especially quirky feature of the One Zoom that’s sure to be popular with the type of Android user who’s been saddened by the slow death of the notification LED. The Moto M logo on the rear below the cameras — which I’ve only just learned is referred to as the batwing — lights up to alert you. It’s the kind of thing that’s usually reserved for overkill gaming phones, but it’s actually rather nice. You can lie the phone on its front and let the subtle batwing glow inform you that your attention may be required. Moto Display, one of the company’s best software enhancements includes ‘Approach to wake’ on this model, which now uses an ultrasonic sensor to determine your hand is close and wake the ambient display. There doesn’t appear to be an always-on option, however, which is a shame since this is an OLED panel. 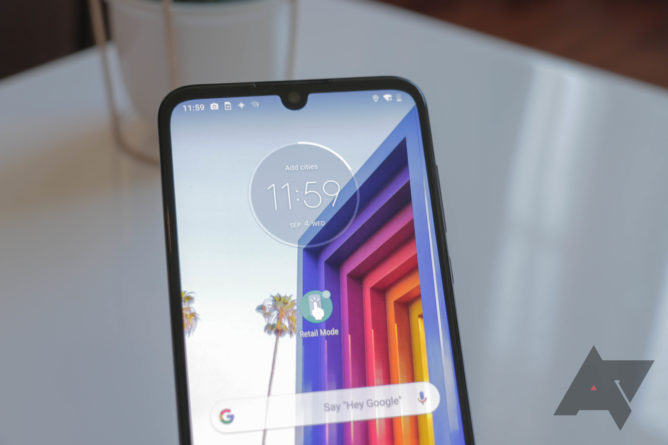 Another surprisingly effective visual element is the "satin glass" finish on the rear masks fingerprint smudges. In fact, the build quality throughout is excellent — this might be the nicest Motorola phone I've held in a long while. The last physical attribute I’ll mention is by no means least for many readers I’m sure — this phone has a headphone jack. Unlike its other One siblings, the Zoom doesn't skimp with an Exynos chip, but rather includes a Snapdragon 675. With 4GB of RAM and 128GB of storage, we can expect a spritely performer. 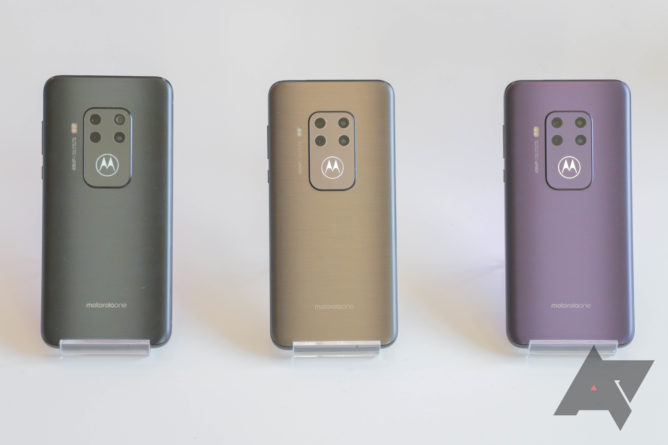 The Motorola One Zoom goes on sale right away in various regions, including the US, UK, and Europe. At $450 / €429, it's not cheap for what is essentially a mid-ranger, but if the cameras live up to the hype, it might just about be worth it. 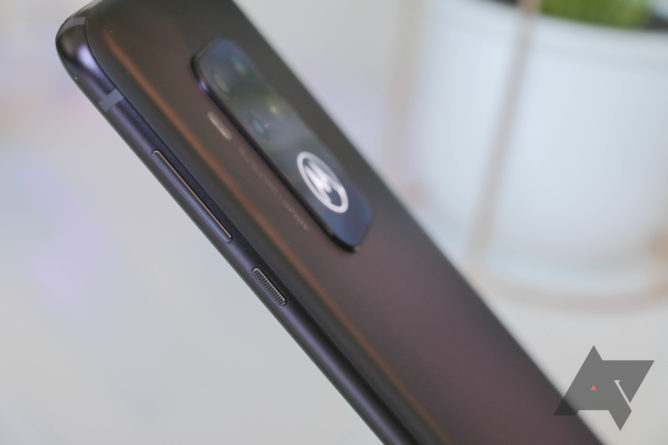