Sonos has just announced a trio of new products: The Sonos Move, Sonos One SL, and Sonos Port. The star of the bunch is the Move, which is the first portable, IP-rated, battery-powered Sonos speaker, bringing you the company's stellar audio quality in a backyard-friendly package, together with Wi-Fi for at-home use and Bluetooth for on the go. It also has a new "Automatic Trueplay" feature that dynamically adjusts the speaker to fit any environment, wherever you take it. This essentially corroborates previous leaks, though a few tiny details weren't quite right. But the most fascinating new feature is definitely the Sonos Move's Automatic Trueplay.

Sonos' previous Trueplay was sadly a static, iOS-only affair, offering one-time tuning that you'd have to do over again if you moved your speakers. Think of Automatic Trueplay as something like the computer in a car, dynamically tuning it at all times based on sensor feedback. In this case, its feedback from four built-in mics (via the six holes on the top) that provide the Move with a sense of its environment based on reflected sounds. A built-in accelerometer tells the speaker when it has moved, re-tuning itself after 30 seconds, or 60 seconds without movement. All that analysis happens on-device, too, but the feature is limited to Wi-Fi connected use for the time being. (Bluetooth support is planned for later.)

In a live demonstration last week, I heard the speaker re-tune itself after being shoved into a narrow cubby. While there was a noticeable improvement, the speaker still clearly sounded like it was in a tight, obstructed environment. So long as you don't expect magic results, you'll probably be satisfied — it's still better than any other speaker would probably sound tossed in a nook.

Like other recent Sonos products, the Sonos Move has built-in Assistant integration (though it only works on Wi-Fi). It's rated for ten hours of continuous play out and about, or five days in "suspend mode," which it kicks into after 30 minutes of inactivity. On that note, the battery is replaceable, but that's more about eventual service than hot swapping, and replacements run $90. 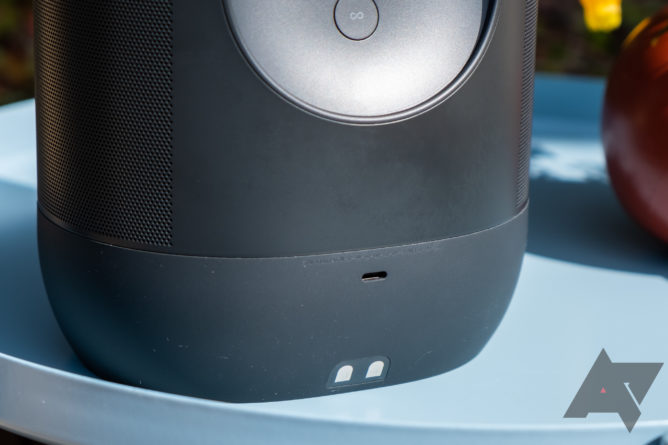 It charges over USB Type-C, as well as via pogo pins set in an oval base it easily slips into. We were told it does not use Power Delivery, per se, but it does have some thirsty power requirements. The Sonos Move needs 12V/3A, 15V/3A, or 20V/2.25 power sources to charge — that's up to 45W of power, and more than your average phone charger can provide.

Sound from the speaker got uncomfortably loud, and the quality beat your typical portable Bluetooth speaker by orders of magnitude. There's plenty of cool science behind how that all works, like separate amplifiers for the main driver and tweeter, as well as some nifty materials engineering, but the short version is it sounded pretty excellent.

Although Sonos waved away questions regarding things like wattage, the Move was clearly more than loud enough to fill the average indoor space at home. But it's also an outdoor speaker, and while its volume can undoubtedly encompass a smaller suburban backyard, some folks may be bothered by the fact that it isn't omnidirectional — most of the sound comes out the front, where the driver is pointed. 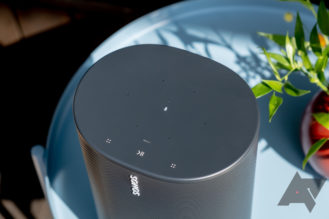 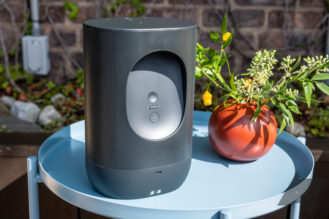 Physically, the speaker splits its controls between the top and the back, where there's also a cutout for carrying it. (This isn't a small speaker, at three kilos, you need that handle.) A metal grille covers most of the front, and Sonos told us it was "bug spray, sunscreen, and mustard-proof" for outdoor use, coated in a material that made it resistant to wear and UV light, as well as easy to clean. The accompanying IP56 rating may not withstand a dip in the pool, but it should make it through an unexpected summer shower.

In more technical specs, the Sonos Move has slightly ridiculous 4x4 MIMO Wi-Fi for more throughput than a speaker should ever need, and Bluetooth 4.2 with SBC and AAC for audio (no aptX). It also supports Airplay 2 if you use Apple products.

The Sonos Move will be available on September 24th for $399, with pre-orders starting today. 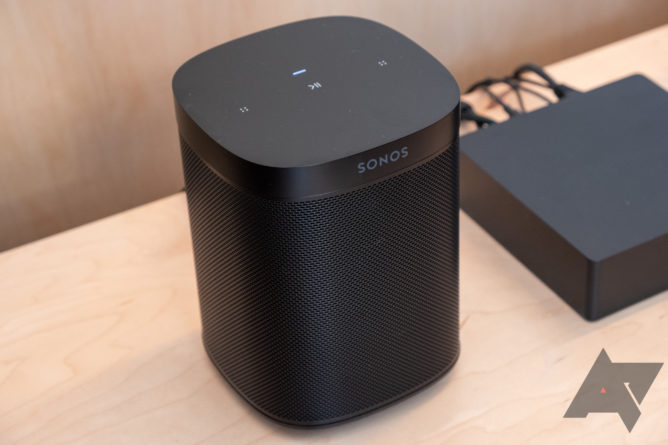 If you're familiar with the Gen 2 Sonos One, then the One SL will immediately be familiar to you. In fact, It's basically the same speaker, just without any microphones. Whether you're privacy-conscious or you just don't want to deal with more than one speaker trying to answer your hotword query, the One SL offers the same sound as before.

It also supports asymmetrical channel pairing with the mic-equipped Sonos One — a first for any Sonos product. That means you can have one Sonos One on one side of the room, a Sonos One SL on the other, and they'll happily work in concert together even though they aren't the same model. Previously, Sonos has restricted stereo pairing to identical models. Like the Sonos One, it connects to your home network over either Wi-Fi or Ethernet.

The Sonos One SL will be available on September 12th for $179, with pre-orders starting today. 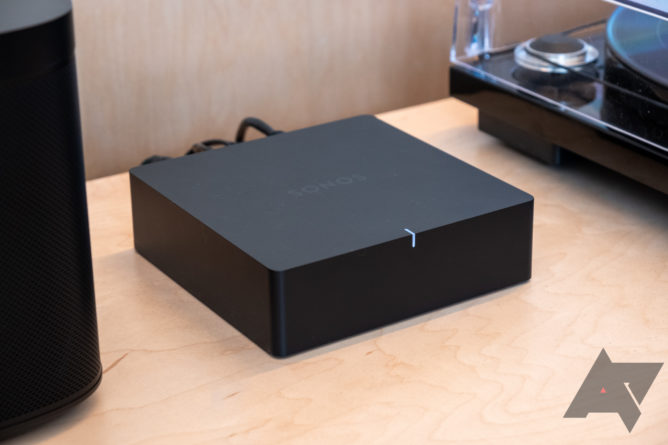 The Sonos Port is the successor to the Sonos Connect, giving you Sonos' smarts and connectivity in the home theater setup you already have. Improvements this time around include a better DAC and ADC, and a 12V trigger to bring devices out of standby. It also works with Airplay 2 and can be controlled by the Assistant/Alexa. Audio outputs provided on the Port are digital coax and analog RCA. There's also an input, but we don't know if its analog or digital. It supports both Wi-Fi and megabit Ethernet for connectivity.

Owners of the older Connect shouldn't worry about being left behind, as it will continue to be supported.

The Sonos Port will see limited distribution on Sonos.com on September 12th, with broad availability slated for January, though pre-orders open today. It will run you $399.

[Update: Out now] Sega is bringing its action brawling game Fist of the North Star to Android, ...