With the new iXpand Wireless Charger, SanDisk is onto something. The charging pad doesn't just fill up your device's battery, it also makes a local backup of photos, videos, and contacts to its built-in storage so you know you always have a second copy of your most important data.

The iXpand looks like a regular Qi pad. It is Qi-certified and can handle fast wireless charging up to 10W. It is however thicker at 0.77in (19.51mm) and has built-in storage in various options: 64, 128, and 256GB. That's pretty meagre if you take a lot of pics and videos, but it can be enough for casual snappers.

Once your phone (Android or iPhone) is placed on the charger, the backup functionality kicks in. It works over Wi-Fi, though it's not clear if it connects to your home network or if it creates a direct network between the charger and your phone. Multiple profiles are supported, so several persons can have use the same pad without getting things mixed up. If something goes awry with your device, you can always restore an existing backup. And if your phone is running out of storage, you can clear up space while knowing your media is safe.

SanDisk hasn't announced US pricing yet, but the iXpand is already available in the UK. The 128GB version costs £90 and the 256GB £130. Not extravagant, but not cheap either.

This can be a great solution for users who prefer having local copies of their data as a replacement to or in addition to Google Photos. The limited storage options are a let-down though and it doesn't seem like there's a USB-A or C port to get data out of the charger once it's backed up. You'll need to use Wi-Fi to restore it. 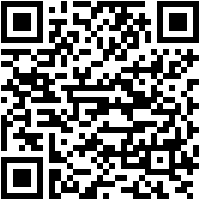