There's been a lot of noise around the Pixel 3's dual SIM feature, and until now Google seemed undecided as to whether it wanted to provide full support for Dual SIM Dual Standby (DSDS) on its latest flagship. However, the company just officialized the feature on the Pixel 3a and 3a XL, offering the ability to use two lines simultaneously.

DSDS lets users use an eSIM together with a physical one, which allows the phone to connect to two networks at the same time. Thanks to this functionality, you can send and receive calls and messages without having to deactivate the other line. 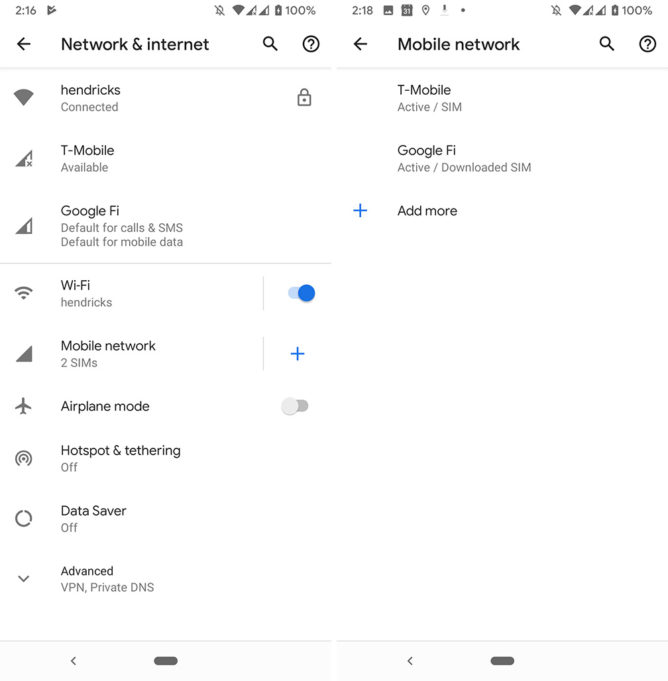 To activate a secondary line, you'll either have to set up an eSIM using the instructions provided by Google (link below) or insert a physical SIM card if you connect to your network using an eSIM. Once both lines are set up, the phone will prompt you to choose a default one for calls and SMS, and pick the one to use for data.

Interestingly, the feature is not available in Japan. Also, it's still unclear whether the Pixel 3 officially support DSDS with Android 10, but there doesn't seem to be any hardware roadblocks for it to work.